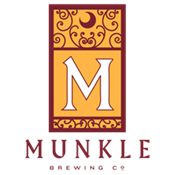 A would be monk turned episcopal preacher was one of several defining genesis moments, that spurred a native Charlestonian to start up Munkle Brewing Co. Just three months younger than his uncle Rob, Palmer Quimby felt more like a brother to Rob than a nephew. Over the years the two have shared a passion for creating the age old beverage, ‘craft beer’.

While Rob was mastering the art of brewing (with their blessing) at St. Gregory’s, a monastery in Three Rivers, Michigan, Palmer a Johnson & Wales grad was busy establishing his food and drink prominence in the Holy City. Rob would eventually leave the abbey bringing his new found love for craft beer to Charleston, thus igniting the same dedication in Palmer.

Not loosing his love for beer or serving God, Rob studied and became a pastor, leaving Palmer to pursue his own dream of crafting beer and owning his own brewery. Fast forward to October 19, 2017 and the doors to Munkle (My Monk Uncle) were thrown open at 1513 Meeting Street, north of downtown Charleston. With a handful of craft breweries within minutes of their location, Munkle has set themselves apart as truly the only low country craft brewery dedicated to Belgium brews.

Belgians have a long history with beer dating back to the 12th century. The Catholic Church and their off shoot Trappist monasteries first started crafting dark ales as a more sanitary option to the drinking water of that day and age. Roughly the size of Maryland, today Belgium boasts a population of 11 plus million with over 200 active breweries doling out varieties from pale lager to amber ales, lambic beer (fermented wild yeasts), Flemish red ales, sour brown ales, strong ales and stouts.

Born in Charleston, Munkle is keeping the Belgium tradition alive and well in the Holy City. With 12 beers readily on tap, Palmer prescribes to the ‘less is more’ philosophy, simply quoting him, “do a few beers, and do them better”. 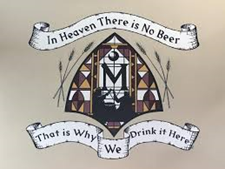 While many of his competitors focus as much on the bar side of their operations, Palmer prefers to key in on production and distribution of his signature beers. That aside Munkle does provide beer lovers a spacious industrial looking picnic atmosphere, complete with a singular pool table, rocking chairs, Belgium flags, and a bar that opens up to a covered patio. The oversized banner on the wall says it all ‘In Heaven there is no beer, that is why we drink it here’. Makes perfect sense to me.

Among Palmer’s divinely inspired signature brews are several that have family ties. The Evening Post Porter salutes his grandfather, a 40 veteran of the Post & Courier, a one of a few men who proudly served in all five branches of the United States military. A dark porter with a smooth aftertaste, the Evening Post combines the three iconic extracts, chocolate and coffee, with a hint of tobacco. The Post has a character all its own with 5.2% ABV (alcohol by volume).

The Munk Pils is a noble, lighthearted clean pilsner. Cold filtered for six weeks, the Munk is an ideal all around malt liquor crafted from floral hops. If you prefer crisp beers with a bit of nectar (5.1% ABV), than Munk Pils is the way to go.

With a dozen beers readily on tap by far the odds on favorite is the Brugge City Brune . The Brugge (6.2% ABV) pays double homage, not only to the industrious city in northwestern Belgium, but to Munkle’s mascot, the hardest working class dog (the brewhouse pet) in the craft beer industry. 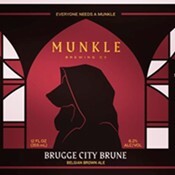 Their website best describes this brunette hued brew conceived from dark candi syrup, beet sugar, and acidic fruits. The end product is a full bodied toasty malt that is an ideal complement to any charcuterie plate (cured meats & cheeses). Truly every Munkle beer has its own character but the Brugge City Brune stands alone. Mans best friend combined with divine intervention create a tawny toned beer that delights the palate. I highly recommend.

If you’re looking for a craft beer to go along with pizza, burgers, seafood, desserts, or your favorite outdoor activity, Munkle’s website provides a detailed list of ‘pairs well with’. Less than two years old and already you can find Munkle beers in over 100 watering holes (cafes, taverns, golf courses, etc) throughout greater Charleston and the Palmetto state, including the grand strand, Columbia, Hilton Head, and the upstate. 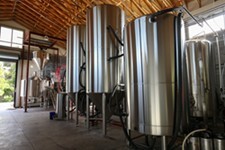 Two thirds of Munkle’s operation consists behind the scenes, a spacious, incredibly clean and well run series of vats and glistening silver tanks continually churning out a dozen or more of their liquid gold, amber, copper, blonde, and brunette brewed concoctions. Overseeing all the splendor is Clemson grad and ‘brewmaster Joe Bowden’, who honed his brew skills for nine years in Colorado before returning to his native Charleston. Like Palmer, Joe has a passion for world class beers with emphasis on German and Belgian beers.

Their reputation precedes them. In 2018 Beer Advocate named Munkle Brewing Co. one of 50 ‘Best New Breweries’ in America. Good beer news travels fast. They have earned equal acclaim during the 2018 Great American Beer Festival as well as mention in the New York Times.

With distribution their priority, Munkle beers can be found on the shelves of several local markets including Bottles in Mount Pleasant, with their reach stretching into North Carolina. Of course you can drop by and sample some of your soon to be favorites at 1513 Meeting Street, maybe strike up a conversation with Palmer or Joe, and take home some fresh brewed in cans or a growler. Ample parking in their lot and on front Meeting Street. Munkle is even available for private events. For complete list of their signature brews check out their website, https://www.munklebrewing.com/

Tequila Thursdays are Back at SOL Southwest Kitchen & Tequila Bar