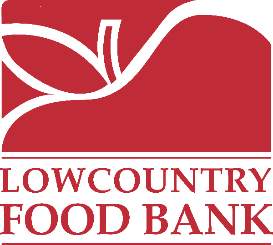 One in eight Americans in communities across the U.S. struggle with hunger, according to the U.S. Department of Agriculture. In coastal South Carolina, about 50% of the people served by the Lowcountry Food Bank are children and seniors. To raise awareness and combat the issue, Walmart, Sam’s Club, Feeding America, and the Lowcountry Food Bank (LCFB) are kicking off its sixth annual nationwide “Fight Hunger. Spark Change.” (FHSC) campaign, which runs through May 20th.
In partnership with the LCFB, Walmart, and Sam’s Club now invite Lowcountry shoppers to help fight hunger in their local community. There are three ways to participate – purchasing a participating item in-store or online, donating in-store or donating on Feeding America’s website.
With 749 million meals achieved over the last five years, coastal South Carolina customers and members can help the Feeding America network secure its 1 billion cumulative meals goal in three ways. They can track the number of meals by visiting www.walmart.com/fighthunger.
Walmart kick-started the campaign with a $3 million donation to Feeding America and member food banks including the LCFB. A purchase of one of the 267 participating items helps secure the equivalent of one meal. Each Walmart and Sam’s Club will partner with at least one Feeding America local food bank, and the 18 participating suppliers include: Bush Brothers, Campbell’s, Conagra Brands, Cliff Bar, General Mills, Gold Peak Tea, Great Value, Hidden Valley, JM Smucker, Kellogg, Kraft Heinz, McCormick, Motts, PepsiCo, Post, Uncle Ben’s, Nature Nate’s Honey and Unilever.
“We are inspired by Walmart and Sam’s Club, whose generous donation through the Fight Hunger, Spark Change campaign enables us to provide more children, seniors and families with nutritious food,” said Pat Walker, LCFB President and CEO. “Someone close to each of us struggles with hunger, and this gift will help our neighbors fill the meal gap when they don’t know where their next meal will come from.”
“As we go into our sixth year of the ‘Fight Hunger. Spark Change.’ campaign, it’s exciting to approach the 1 billion mark in terms of charitable meals secured for Feeding America over the life of the program,” said Kathleen McLaughlin, chief sustainability officer for Walmart. “Food insecurity continues to affect communities across the United States. Working with Feeding America, our customers, members, associates and suppliers, Walmart and Sam’s Club aim to be part of the solution.”
Last year, the LCFB benefited from $160,000 from The Walmart Fight Hunger. Spark Change Campaign to fight hunger. To learn more about the campaign, visit www.walmart.com/fighthunger.
–
Press Release

Amazing Low-Calorie Drinks for Any Occasion

On Sunday, June 27th, from 1 pm to 5 pm, Lowcountry Eat Out! and The Brewery District will partner up...