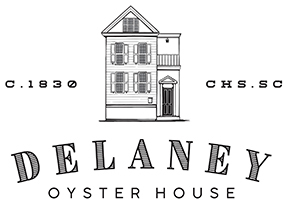 The Neighborhood Dining Group, the team behind Husk, McCrady’s, McCrady’s Tavern, and Minero, today announced their newest addition to the Charleston culinary scene – Delaney Oyster House, a raw bar and seafood restaurant opening in downtown in the Holy City this summer.

The restaurant will feature fresh, sustainable seafood from Chef Shamil Velazquez (formerly of Husk Greenville). The menu will include an extensive raw bar selection and dishes served in both classic and contemporary preparations. General Manager Kevin King will head up the beverage program which will include cocktails, craft beers, and a wine list “inspired by past and present maritime-influenced climates and terroir from around the world.”

A spokesperson said the restaurant will occupy a “quintessential Charleston Single House, formerly known as The Delaney House.” The home was built in the 1830s and can be found at 115 Calhoun Street (next door to Hotel Bella Grace). The space will include seating on both the first and second floor piazzas, which offers views of Marion Square.