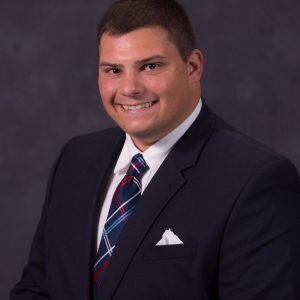 UPDATE: 5/14/19 at 8:15 am – ABC News 4 reporter Alexandria Savage tweeted that Griffin told her that the business card accusation is “not all he has,” but he would not elaborate.

UPDATE: 5/14/19 at 7:46 am – ABC News 4 is reporting that Griffin confirmed the official he is talking about is Charleston Mayor John Tecklenburg.

Griffin told the network that the issue is reference to the mayor’s business cards. Apparently, the back of the cards feature the name and contact info for Mayor Tecklenburg’s wife. This led to an additional charge of “$10.47 on top of what the one-sided cards cost.”

Charleston City Councilman and mayoral candidate Harry Griffin on Saturday made a potentially explosive claim on his Facebook page regarding an elected city official. He wrote that the individual (who he did not name) has “misused City Funds multiple times,” and the issue would be discussed at Tuesday’s City Council meeting.

“On Tuesday night, I am going to be bringing up a very sensitive issue at City Council. Sensitive because it’s going to make some people upset. Some will be upset with the act itself, while others may be mad at me for bringing it up period.

I was elected to serve you: The hardworking, tax paying citizens of Charleston, SC.

An individual elected to lead has misused City Funds multiple times. While it may seem like a small dollar amount at first, the implications could be detrimental to this City. We could also only be touching the tip of the iceberg.

The item is on the agenda. Originally it was going to be discussed in executive session, but after discussing with our legal staff, it should be done publicly. Our citizens should know what is going on. Any sneakiness should NEVER be tolerated in this city.

I’m asking to hear the TRUTH. NO MORE LIES. I know a lot of you put me in office to bring transparency back to our government. I will never take that lightly.”

The City Council meeting will be held at City Hall at 5 pm on Tuesday, May 13th. It’s open to the public.

Follow us
Related Topics:Charleston City Councilharry griffin
Up Next