For Over 40 Years Guitarist Has Been Rock Solid 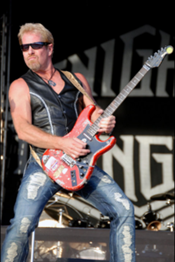 For over 40 years guitarist Brad Gillis is the only founding member of Night Ranger who has appeared in every live performance with the band. Though he’s recorded solo projects, worked with some of the who’s who of rock n’ roll, and toured with Ozzy Osbourne on his 1982 ‘Diary of a Madman’ tour, Gillis has never failed to miss a Night Ranger gig. Gillis and fellow founding members Jack Blades (vocals) and Kelly Keagy (drums, vocals) continue to tour today.  Eric Levy (keyboards) and Keri Kelli (lead & rhythm guitars) complete the current lineup.

“We formed the band in 1979, and in the early 80’s we were just working on songwriting, recording demos, and fine tuning our sound. We didn’t want to perform until we knew we had something to offer audiences. Then I got the call to work with Ozzy. It wasn’t until later in 1982 that we (Night Ranger) secured a record deal, and from that point on it was crazy. And yes, it’s true that I’ve been with Night Ranger through every incarnation of the band, and have performed every time we’ve played on stage.”

Gillis recalls how Night Ranger shot to fame. “We put out our first record ‘Dawn Patrol’ and started opening for Aerosmith and ZZ Top. By the time our next album (Midnight Madness) hit, and this little song ‘Sister Christian’, took off we soon found ourselves as headliners. I remember being on the tour bus and rolling into this concert hall in Michigan, and seeing the sign, ‘Night Ranger headlining tonight’. Under that it said sold out, and I’m thinking to myself, that’s crazy.”

His former band Rubicon cracked the Top 40 with ‘I’m Gonna Take Care of Everything’ in 1978, but after two albums and little chart success Rubicon stalled, leaving Gillis, Blades, and late comer Keagy to form the three piece unit Stereo. Keyboardist Alan Fitzgerald (formerly of Montrose) was added in 1980. Jeff Watson, who led his own San Francisco based band quickly followed. Stereo gained a quick reputation in northern California and soon found themselves opening for Sammy Hagar.

Stereo would soon become Ranger, but after securing a record in deal in 1982 and discovering a country band The Rangers had trademarked the name, the guys decided Night Ranger sounded more rock n’ roll. Just prior to the bands initial success Gillis toured with Ozzy Osbourne, filling in for the late Randy Rhoads who died in March of that year.

His time with Ozzy was short but well worth the experience. “After all he’s still Ozzy. Night Ranger hadn’t signed a record deal yet and somehow my name got to Ozzy people. After the tragic death of Randy Rhoads they were looking for another guitarist to join the band.”

Gillis thought at first it was a prank. “I was a no name at that point. I remember I got a call from Sharon Arden (Ozzy’s wife). She was Ozzy’s manager back then. It was earlier in 1982 and they weren’t married yet. I got on the phone and she has this British accent. She says Ozzy wants to fly you to New York to audition for him. I’m like ‘who is this’. So she gets Ozzy on the phone, and he says there’s 18 songs I want you to learn. Then it hit me it was for real.” A friend of a friend, of a friend who played with Pat Travers passed Gillis’ name on to Ozzy.

As the story goes, “So they fly me out on a Tuesday and I go to meet him at the Helmsley Hotel. Very upscale hotel. I go up to his room and there’s like 50 people in the hotel suite. There’s all these people probably in their 20’s with long hair. So I get a hold of his tour manager and said ‘are all these people here to audition?’. He says no, most are just in the music business, from the record label, radio stations, or journalists. I asked him how many people are here to audition, and he says just you.”

Gillis would end up spending about six to eight weeks with Ozzy. “It was fast and furious, but one hell of a ride. Ozzy was still reeling after the death of Randy. When I came on board they were using Bernie Torme‘ (Gillian) to fill in. The first couple of shows I just watched all the crazy stuff that unfolded on stage, and I’m thinking oh god what did I sign up for. Still I had to learn the songs. I basically had four days. So during the day I would hole myself up in the hotel room with a boombox and a cassette Randy had put together, just trying to learn the songs. If I was having trouble I’d ask the keyboard player or drummer for help.”

His firt gig with Ozzy was a bit challenging. “We did a show in Binghamton, New York. I was a bit scared, but still thought I was ready. I did the sound check and it seemed to go well. When it came to the show that night it was going okay until we played ‘Revelation Mother Earth’. I messed up a couple of times, not in sync with the band. That brought a look or two from Ozzy and Sharon.”

It all started to fall apart after a month or two. “Rudy Sarzo left to join Quiet Riot which proved favorable for him, and I got back with Night Ranger just when we were about to take off. Ozzy if I recall checked into rehab. Looking back it was both a fun and chaotic time for me.” 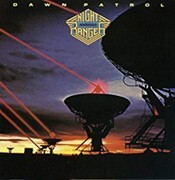 Night Ranger’s hard rocking, guitar laden music brought the band instant success in the mid 1980’s. Their first three albums, ‘Dawn Patrol’, ‘Midnight Madness’, and ‘Seven Wishes’, all reached RIAA Platinum status and garnered the band world wide acclaim. They would score single chart success with ‘Don’t Tell Me You Love Me’, ‘Sentimental Street’, ‘Rock In America’, ‘When You Close Your Eyes’, ‘Goodbye’, and ‘Sister Christian’, with the latter peaking at number five and spending 24 weeks on the charts.

Gillis says he never tires of playing the hits. “We understand that’s why a lot of fans come out to our shows. They want to hear the songs they listened to on the radio. A lot of them want to relive a time or memory when they were younger. It’s only natural. Many of our fans have raised kids and those kids are off on their own, and the parents still want to rock n’ roll, and enjoy a great concert. That’s why they come out to see us, because we have great songs and put on a great show.”

How Gillis and the band break up the monotony is by feeding off the audience. “Every night and every stage is different. There’s always a different scenario in every town we play in. We draw our energy from the crowd. When you look out in the crowd and you see everybody singing along to your songs, it’s a great feeling.”

Using rock n’ roll math, Gillis at 61 still have several good years to hit the road. “I look at some of the bands we’ve toured with over the past decade, several of the artists are in their 70’s and still going strong. The way I look at it, as long as we remain healthy, there’s no reason not to tour.” He adds, “We’re what is known as weekend warriors. We hit the road on Thursday and do three gigs over the weekend, and most times I’m back on Sunday. That allows me to do what I have to do at home during the week, and still rock out on the weekend.”

After selling millions of records, and touring nearly non stop since 1982, he could retire but sees no reason too. “We’re a great rock n’ roll band. And this is my main source of income. We’ll do 80 or more shows this year. We’ll tour with Sammy Hagar, do co-headlining shows with Foreigner and Styx. I’m still having a lot of fun out there.”

While some critics list Night Ranger as another 80’s hair band, similar to Bon Jovi, Cinderella, Motley Crue, and Poison, Gillis sees the band as more of a straight ahead rock n’ roll group. “A lot of that 80’s music gets linked together. Ironically we’ve toured with many of those bands over the years. A lot of great music came out of the 80’s, whether it was pop or rock. I’m just glad Night Ranger was a part of it.” 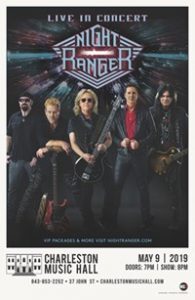 While the band has kept him busy for 40 years Gillis has found time for musical side projects. To date he’s placed over 300 songs on ESPN’s Sports Center, The X Games, Fox Sports, Fuse Channel, EA Sports, Tiger Woods Sony PlayStation Games, and many others. “About 20 years ago a friend of mine who worked for Disney turned me on to ESPN and Sports Center. I started writing songs for Fox Sports and some Tiger Woods Play Station games. It’s fun and totally different than what I do with the band. That’s a lot of what I do in my down time. I like staying creative.”  During some of his down time in the early 1990’s Gillis found time to put out a solo album. Gilrock Ranch produced a top twenty single, “Honest to God,” which was co-written and sung by Gregg Allman.

But it is his main gig with Night Ranger that will bring him and the boys to Charleston on May 8th for a show at the historic Charleston Music Hall. “We’ve played Charleston many times. I hear a lot of good things about Charleston. I do my best to check out the cities I play in as often as I have the chance. I know Charleston has a lot of history and beauty. That’s the kind of tour stop I’d like to be able to find the time to just walk around the city.”