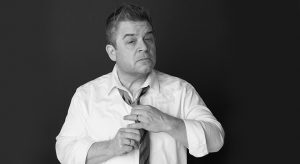 Comedian Patton Oswalt is coming to the North Charleston Performing Arts Center on Thursday, September 5th at 8 pm. Tickets go on sale to the general public on Friday, May 10th at 10 am.


Oswalt is a stand-up comedian, actor, voice actor and writer, known for playing Spencer Olchin in the sitcom The King of Queens, voicing Remy in the Pixar film Ratatouille, and his roles in television shows like Agents of S.H.I.E.L.D., A.P. Bio, United States of Tara, and The Goldbergs.

He has appeared in six stand-up specials and won a Primetime Emmy Award for Outstanding Writing for a Variety Special and a Grammy for his Netflix special Patton Oswalt: Talking for Clapping.

Library Foundation of the Lowcountry to host Fundraising Gala in June