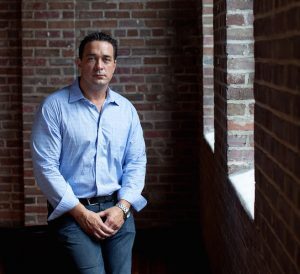 The Indigo Road Hospitality Group, a local hospitality and consulting company, and its managing partner Steve Palmer were recently included in an article titled “Forbes Small Giants: The Best Small Companies Of 2019.”

Forbes put together a list of 25 companies that are “all privately owned and closely held, and they share a commitment to being the best at what they do, providing stellar service to customers, offering employees fulfilling, rewarding work and being vital members of their communities.”

Forbes says Indigo Road employs 960 people and had $50 million in revenue last year. The group, which was founded in 2009 when Palmer began working with Oak Steakhouse on Broad Street, now owns and operates 20 restaurants throughout the southeast. These properties include O-Ku (Charleston, Charlotte, Atlanta), The Cocktail Club, The Macintosh, Oak Table (Columbia), Indaco, Oak Steakhouse (Alpharetta, Nashville, Charlotte), Colletta (Alpharetta), Mercantile and Mash, Bar Mash, The Cedar Room, Town Hall (Florence), and Donetto (Atlanta). The group has several other projects in the works.

Palmer in 2016 helped launch Ben’s Friends, which hosts addiction support groups for restaurant workers. He is a longtime supporter of Share Our Strength’s No Kid Hungry and Charleston’s Feed the Need coalition.

You can see the full Forbes piece here.