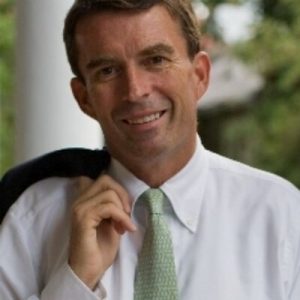 Charleston City Councilmember Mike Seekings announced on Thursday that he is running for Mayor of Charleston. Currently in his third term representing District 8, Seekings says his record on Council and numerous high-profile leadership roles in the community have equipped him with the tools necessary to begin solving the issues that Charleston has faced for far too long.

“Our city is undergoing fast change and we face big challenges,” Seekings said. “Whether it’s flooding, traffic or rampant growth, Charlestonians deserve a Mayor with a plan for action and the ability to get things done. We all know these issues are not solving themselves, and the people of our city are tired of waiting for our current Mayor to produce results. We need a leader who can build consensus, manage growth and secure local, state and federal funding for major projects so that our residents aren’t repeatedly taxed and our children are not facing the same challenges that we are today.”

First elected to Council in 2009, Seekings has been a leader throughout the Charleston community during his ten years in local government. He is the Chairman of the CARTA Board of Directors and also served as the interim Executive Director of the Cooper River Bridge Run this spring after the passing of longtime race leader Julian Smith.

“I have the experience and vision to lead Charleston through this era of uncertainty and into its next prolonged age of prosperity,” Seekings said. “Our future should be one that energetically addresses the challenges posed by water, embraces transit and transportation advancements and celebrates a city that is great for all of its residents.”

Election Day in the Charleston Mayoral race is November 6th, 2019. A runoff, if necessary, between the top two vote-getters would be held on November 20th.

For more information on Seekings, visit his campaign website: https://www.voteseekings.com