After 40 Years Legendary Cougar Coach & School Advisor Stepping Away, But Not Entirely 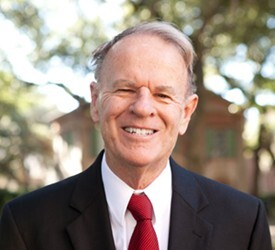 For four decades legendary College of Charleston men’s basketball coach John Kresse has maintained an office on the campus. Just 36 years old back in 1979, Kresse would coach the Cougars for 23 years, staying on another 17 as an advisor and mentor for the school and the athletics program. This June the man affectionately called ‘coach’ by just about everyone affiliated with the college will officially retire.

For the New York City native it’s a bittersweet moment. “This has been the best 40 years of my life. Who new my first head coaching job would turn out to be my dream job. Everything changed for me here. A New Yorker fell in love with the city of Charleston. I met my wife here. We raised a family. I have two grandkids. The school and the city embraced me. I have so many friends. I have truly been blessed here. The quality of life here is incredible, and I couldn’t have imagined that 40 years ago.”

According to John, his wife Sue Sommer-Kresse, a 39 year veteran and vice president at the college will also retire. “It’s time. Both of us are so attached to the college. We could never fully step away. But we have so much more we want to do. Things we want to do with the kids and grandkids.”

This month (April 25th) Kresse will add a Charley Award to the long list of hardware he has collected over the years. With decorations and distinctions filling his office, Kresse says he never tires of the recognition. “I am overwhelmed by the honors and awards. 55 years ago I was a high school English teacher, and a JV baseball and basketball coach at a school in New York City. I got in St. John’s as an assistant with Lou Carneseca. He took me with him to the New York Nets. So I spent 14 years with Coach Carneseca, and in 1979 a coaching job opens up in Charleston. I find out I can be a head coach, and it all works out.”

Kresse says the awards are just affirmation of a job well done. “It’s a wonderful feeling, because you know you’ve accomplished things in your 38 years of coaching. The culmination for me was the National Collegiate Basketball Hall of Fame which I received in Kansas City this past November. That was extremely special. But the New York City Hall of Fame and the Joe Lapchick Character Award who was my coach when I played at St. John’s. It really makes it all worthwhile. You really feel like you went into the right profession.”

More than the accolades it’s the good will that gives Kresse the biggest thrill. “I feel like I’ve touched many people along the way, players, coaches, campus people, fans, and the community. It has all been positive. We won games but more importantly we built a program that I think put the College of Charleston that on the map.”

Regarding the Charley Award. “It’s with the Post & Courier. It’s the second year of the Charley Award. Last year John McKissick, the great football coach at Summerville High School won the award. Now in it’s second year, I got a call and they said they wanted to present with me a lifetime achievement award. Working with the Post & Courier all those years with great writers, and the attention the college received makes it more special.”

The Charley, apparently won’t be his last, the awards keep coming in. “I just got a call from the Atlantic Sun and they want to induct me into their hall of fame. You know we were in the Trans Atlantic back in the early 90’s and that became the Atlantic Sun. I got a call to be in Fort Myers, Florida on Oct 7th. So the calls haven’t stopped and that’s nice.”

He may leaving his day job but not the school. “I’m really retired from the official aspects of the job, which includes TV and teaching. I’m still going to operate our golf tournament which is a fundraiser. Sue and I are going to try to stay in the city. We’re selling out house downtown and hoping to buy a condo. Hopefully we’ll be close to the campus and the arena. We’ll come to games, and all the home games. I love what’s happening with our men’s basketball. Earl Grant is doing a great job, He has rebuilt the program and brought it to a higher standard.”

Although Kresse admits his time with the college seemed to pass in an instant, he still wants to stay involved. “40 years flew by. The best years of my life. I love the college. I love Charleston. I want to stay part of it, but in a different way.” 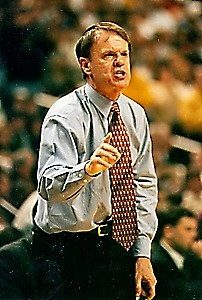 His quaint office just outside the TD Arena is filled with a treasure trove of personal mementos. There are pictures of him with past teams, and former SC Governor Riley, as well as photos with Kareem Abdul Jabbar, Bobby Cremins, and other college & NBA greats. On the shelf are signed basketballs commemorating his 200th, 300th, 400th, & 500th win with the Cougars, alongside a bevy or trophies. “I don’t know where I’m going to put all this stuff, especially since Sue and I are downsizing.”

Kresse says he would donate some of this memorabilia, but sadly the CofC doesn’t have a trophy room or a designated case. He adds humbly, it would be embarrassing to him, if his accomplishments filled any such hall in the athletics department.

With a banner proclaiming his 560 wins hanging high above the court that bears his name, it’s hard for anyone to imagine Coach Kresse will ever be forgotten. “It’s nice to be remembered. I’ll still be around. I’ll attend more practices. I will hopefully have coffee with Earl Grant, maybe more often. I’ll take some classes on campus. I could never totally walk away. The College of Charleston is a big part of my life.”

Through it all the Coach John Kresse remains a northern gentleman who adopted southern hospitality. “I walked a little fast. I talked a little fast. But I always made sure we (the team) did it the right way. And the right way is recruiting talent and good people. We wanted to develop players in athletics, but even more so in academics, giving them the cultural and social components they would need after they graduated.”

John’s singular goal hits closer to home. “More than anything, through all the players and coaches I’ve seen pass through, I can say we were a family. I wanted them to reach out to the fans. We partnered with MUSC Children’s Hospital and Special Olympics. The players participated in camps, and signed autographs. I wanted them to be a part of the community. We always tried to do it the right way.”

Does the legend have any regrets. “Looking back, not really. I remember in 1997 when we got into the NCAA Tournament and we beat Maryland in the first round, and the second game we had Arizona on the road. We were leading by nine points with seven minutes to go. Near the end we had the ball and were trailing by two with two seconds left, and I wasn’t sure if we should go with a two to tie or try for a three to take the lead. Unfortunately Jermel President missed a two point shot. It happens. It was a great game and one of the highlights of my time as coach of the Cougars.”

Under Coach Kresse his teams finished 16th in the nation on two occasions in the late 1990’s, with Sports Illustrated bestowing the title ‘giant killers’ to the Cougars, meaning many powerhouses didn’t want to play CofC for fear they might lose. His wins over Maryland, North Carolina, Georgia Tech and other top rated schools are well documented.

The small college in the historic city of Charleston, and the Holy City itself were put on the map by two men who arrived in their respective positions near the same time. Just 32 when former Joe Riley took office (1976), Riley helped make Charleston what it is today, adding parks, infrastructure, and a world renowned festival (Spoleto) to the city. Three years later 36 year old John Kresse began what would become a dynasty for a mid major school. With Kresse’s name and achievements displayed on the TD Arena concourse and throughout the building, his name will live on long after he’s cleaned out his office inside the Cougar Club facility.