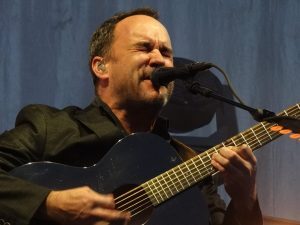 The Volvo Car Stadium on Saturday hosted An Evening With Dave Matthews and Tim Reynolds. Proceeds from the show benefitted Meeting Street Schools (MSS), a Charleston-based non-profit network of public and private schools.

The capacity crowd was treated to a incredible set from the lead singer of the Dave Matthews Band and the group’s guitar virtuoso (Reynolds). Below are photos and the set list from the concert.

Setlist
–
So Damn Lucky
The Best of What’s Around
Grace Is Gone
Samurai Cop (Oh Joy Begin)
Bartender
Mercy
Grey Street
Come Tomorrow
Stay or Leave
Crush
Tim Solo
Don’t Drink the Water (“This Land is Your Land” Interpolation)
Virginia in the Rain
Tripping Billies
Gravedigger
Warehouse (very brief “Louie, Louie” Interpolation)
Tim Solo
Two Step
Do You Remember
You & Me
Dancing Nancies
–
Encore
–
Some Devil (Dave Solo)
Save Me
Ants Marching
–
Matthews and Reynolds met more than 25 years ago in Charlottesville, VA and have been collaborating ever since. Matthews is best known as the vocalist/guitarist for Dave Matthews Band (DMB), which has sold a collective 38 million units (CD and DVD combined) since the 1994 release of its major label debut, Under the Table and Dreaming. In 2003, he released his solo debut, Some Devil, which Reynolds played on.
Reynolds founded the breakthrough electric power trio TR3 (Tim Reynolds Trio) and has also released a series of solo albums. He has performed on nearly all of DMB’s albums and has been touring with them full-time since 2008. Matthews and Reynolds have released three live double-CDs as a duo: 1999’s multi-Platinum Live At Luther College, Live At Radio City (2007) and Live In Las Vegas (2010).