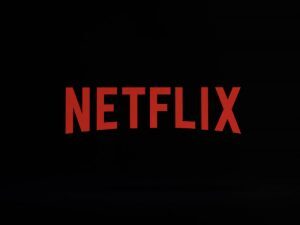 A new Netflix series will soon begin filming in the Charleston area and a local casting agency has already put out a call for extras.

OBX, a coming-of-age drama set in North Carloina’s Outer Banks, follows four teenagers stuck in a fictional town after a hurricane cuts off all power and communication to the islands. Wilmington resident Jonas Pate will serve as writer and director for the show. Netflix has reportedly picked up 10 episodes of the series.

According to a post from TW Cast & Recruit, the show will start filming in the Charleston area on Wednesday, May 1st. The agency also shared that they will be casting extras for the series. For information on how to apply, see below.

Pate reportedly wanted to film the series in his hometown of Wilmington, but remnants of North Carolina’s House Bill 2 “that live on in its 2017 replacement, HB 142, including a clause that, until 2020, prevents local governments from enacting nondiscrimination ordinances protecting any group not already protected by state law—including LGBTQ people,” bothered Netflix, so the production will call Charleston home instead.

Though the greatest need will be for teens and young adults, there will be plenty of opportunities for all ages to work on the production throughout the duration of filming. Pay rate is $80 for 8 hours and time and a half for every hour that exceeds the 8th.

If you are interested in becoming a paid extra for OBX Season 1, follow the Facebook
page TW Cast And Recruit, where you can find instructions on how to submit and what to include in your email submission.

General submissions should be sent to OBXBG@TWCastAndRecruit.com, subject line: General
Submission and MUST INCLUDE ALL of the following to be considered for extra work on OBX:

OBX is the latest production to film in the Holy City, which has become a popular spot for both TV and cinema projects. Other productions that have called the Charleston area home include Mr. Mercedes, The Righteous Gemstones, Top Chef, Vice Principals, Mr. Mercedes, Halloween, Southern Charm,Naked, Leavey, The Inspectors, The Sinner, and more.