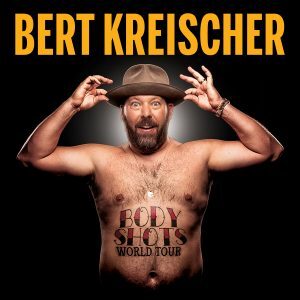 After the success of his sold-out inaugural theater tour, and fresh off the acclaim of his Netflix special, Secret Time, comedian Bert Kreischer will bring his “Body Shots World Tour” to the North Charleston Performing Arts Center on October 10th.

Kreischer is lauded as one of the best storytellers of his generation with an ability to prove “that there’s a way to take his [party-boy] antics into middle-age” (Forbes).

Reserved seat tickets go on sale Friday, April 26th at 10 am. Tickets will be available online at Ticketmaster.com or at the North Charleston Coliseum Advance Ticket Office.

Kreischer has evolved from being named Rolling Stone’s 1997 “Number One Partier in the Nation” (the article also served as inspiration for the 2002 film National Lampoon’s Van Wilder) to one of the top names in comedy.

He is known for:

Illuminate Charleston: An Interfaith Dialogue on Discrimination Scheduled for 4/24