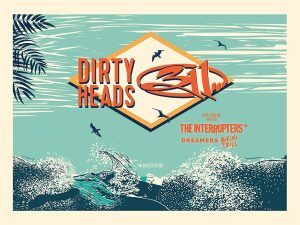 On Wednesday, July 31st, 311 and Dirty Heads will perform at the Volvo Car Stadium with special guests The Interrupters, Dreamers, and Bikini Trill.


Multi-platinum alternative rock band 311 is best known for hit songs like “Down,” “All Mixed Up,” “Amber,” “Love Song,” and “Come Original.” They are set to release their next album, Voyager, on June 28th.

Dirty Heads is an American alternative band best known for their 2014 album Sound of Change. The record reached No. 1 on the Billboard Top Alternative Albums and Top Independent Albums charts.

Tickets to the show on Daniel Island, including optional VIP packages, can be purchased here.

Dirty Heads and 311 have partnered with PLUS1 so that $1 from every ticket will go to organizations bringing dignity, equity, and access to communities who need it. You can learn more at www.plus1.org.
–