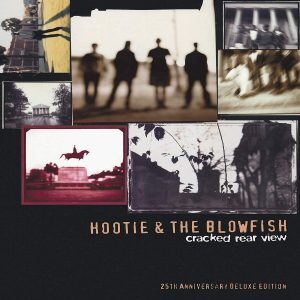 South Carolina’s Hootie & the Blowfish will be celebrating the 25th anniversary of their debut album, Cracked Rear View, on May 31st. To commemorate the anniversary, the album will be newly remastered with rare and previously unreleased studio and live recordings.

Cracked Rear View: 25th Anniversary Deluxe Edition will be available as a 3-CD/DVD Deluxe Edition set and a 2-CD Expanded Edition. You are also able to purchase the original album on vinyl.

This deluxe edition is filled with rare recordings including early versions of many of their biggest hits recorded in 1990 and 1991 and only available previously on cassettes sold at their live shows; the band’s five-song 1992 Kootchypop EP; and other unreleased and rare studio tracks. It also includes a live recording of the band’s February 3, 1995 concert at Nick’s Fat City in Pittsburgh. You can see the full track listing here.

The album release coincides with Hootie & the Blowfish’s upcoming return to full-time touring, as well as the release of a forthcoming sixth studio album. The Group Therapy Tour includes three concerts in Columbia.