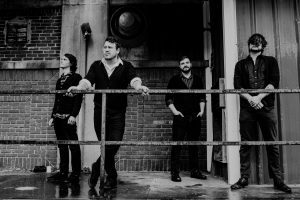 Charleston rock group Never Better recently posted a hand drawn animated video for their debut single, “Mind.” You can watch the video in its entirety below.
The group says the song is a deconstructed cover of “Reptilia” by The Strokes, “venturing so far from the original that only some of the lyrics remain.”
DJ Edwards, Never Better’s bassist, songwriter, and vocalist, served as animator for the video. After being inspired by Columbia animator Katly Hong, Edwards purchased an animation-capable computer and taught himself to use Adobe suites just three months ago. Though new to the craft, his animations have already appeared on the web pages of Rolling Stone and Billboard.