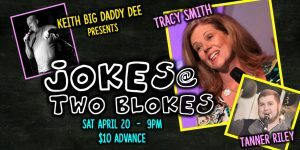 The Ponds in Summerville Hosting Several Events this Month