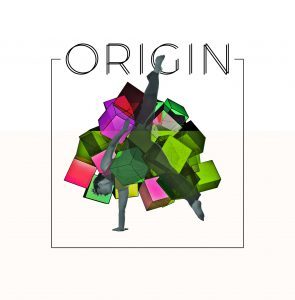 Annex Dance Company will present “Origin” on Saturday, April 20th at The Schoolhouse in West Ashley. Two performances will be held, the first at 5:30 pm and the second at 7 pm. Individual tickets can be purchased for $15 both at the door and online. Students may purchase tickets at the special rate of $12 each. To purchase tickets online, please visit tickets.annexdancecompany.org.

Premiered at the 2018 Piccolo Spoleto Festival and showcased this past February at the Center for Performance Research in Brooklyn, New York, “Origin” was inspired by the movement patterns of Annex Dance Company Artistic Director Kristin Alexander’s young daughter. “At the age of 2, Anne discovered a love of movement that was much more detailed and explorative than that of her brothers. That curiosity continues to grow, even as she is exposed to a more codified dance education. Anne is constantly dancing; music or no music, my daughter loves to dance,” states Alexander.

To create the movement vocabulary for “Origin,” Annex Dance Company members spent time in the studio following Anne. “Anne’s movement was organic, surprising, disconnected, and full of discovery, and in turn, so was our interpretation,” states Alexander. Anne’s mannerisms and patterns are the driving force behind Alexander’s choreographic process and decisions. Replicating her movement patterns segued into improvisational exploration and further developed into set movement vocabulary.

For this project, Alexander collaborated with multimedia artist and composer John Jannone. Jannone created projected imagery and music through computational means. Using data generated by computer vision software, Jannone recorded and analyzed Anne’s spontaneous movement gestures. The encoded gestures were then transcribed and transformed into images, which in turn were used to create musical structures.

“A metaphor of child-like motion is at the heart of this projection design,” states Jannone. “An invisible child is stacking and knocking over blocks, sometimes wreaking intentional havoc, sometimes, doing her best to make an orderly stack, sometimes absently knocking things over. It’s a metaphor for what we all do throughout our adult lives too, but the things we wreak havoc on, stack neatly, or accidentally ruin are just a bit more literal in childhood and a bit more abstract as we become ‘adults.’”

Jannone expresses how much he has enjoyed taking on this collaborative endeavor. “I’ve been thinking for a few years about how visual movement and interaction can create sound,” states Jannone. “As I continue to explore animation that emerges from a physical simulation in a computer, I’ve become curious about how those same processes that create generative imagery (simulating wind, water, falling, tumbling, or spontaneous human or animal movement) might become sound-makers in themselves.”

Collaboratively, the movement and images are intended to have equal importance in the work. “With the dance, video, and sound all derived from Anne’s organic, uninhibited movement, John and I developed complex sequences from a pure origin,” states Alexander.

Follow us
Related Topics:Annex Dance CompanyThe Schoolhouse
Up Next