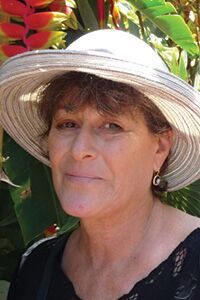 Four artists and one advocate are to be recognized as practitioners and advocates of traditional arts significant to communities throughout the state. Their traditions embody folklife’s dynamic, multi generational nature, and its fusion of artistic and utilitarian ideals. The 2019 recipients are:

The Jean Laney Harris Folk Heritage Award is named for the late State Rep. Jean Laney Harris of Cheraw, respected as an outspoken advocate and ardent supporter of the arts and cultural resources of the state. Up to four artists or organizations and one advocate may receive awards each year. The program is managed jointly by the South Carolina Arts Commission and McKissick Museum at UofSC. Community members make nominations to recognize exemplary artistic achievement/advocacy. An independent advisory panel appointed by the Lieutenant Governor and Speaker of the House selects the recipients, who must be living and practicing in the state.

“The work of proliferating our state’s unique cultural heritage is an important one in an age of constant change,” South Carolina Arts Commission Executive Director Ken May said. “The intrinsic value of these treasured art forms is the story each tells of where and who we’ve been, and are, as a culture. We should all be grateful for the work these award recipients do on our behalf.”

The Jean Laney Harris Folk Heritage Award and Elizabeth O’Neill Verner Governor’s Awards are to be presented at the South Carolina Arts Awards sponsored by Colonial Life on Wednesday, May 1 in a morning ceremony at the UofSC Alumni Center (900 Senate St., Columbia). The S.C. Arts Foundation will honor the recipients afterward during a fundraising luncheon where South Carolina artists’ work will be on sale, all to support the programs of the S.C. Arts Commission. Luncheon tickets are $50 per person and available for purchase through SouthCarolinaArts.com or by calling 803.734.8696.

McKissick Museum will host a mixer to celebrate this year’s Jean Laney Harris Folk Heritage Award recipients on Tuesday, April 30 from 6-8 p.m., at the Blue Moon Ballroom in West Columbia (554 Meeting St, West Columbia). Admission is free with a McKissick membership, or $5 for non-members. RSVP or purchase your ticket by going here.

For more information, or to RSVP, or purchase a ticket over the phone: 803.777.2876. Guests are encouraged to buy/reserve their tickets by Friday, April 26. Only a limited number of tickets will be available at the door on the evening of the event, and admission will be on a first-come, first served basis.

For more information about the Folk Heritage Awards, visit the McKissick Museum website at
http://artsandsciences.sc.edu/mckissickmuseum or the S.C. Arts Commission website, SouthCarolinaArts.com.

ABOUT THE FOLK HERITAGE AWARD RECIPIENTS