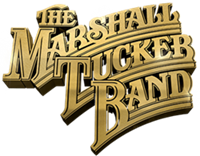 His name might not be as recognizable as Ronnie Van Zant or Greg Allman, but singer and musician Doug Gray was pretty much there when the whole ‘Southern Rock’ movement began to take shape in the early 1970’s. 45 plus years later Gray is the only active original member of South Carolina native rockers the Marshall Tucker Band.

While Marshall Tucker Band has toured with several of their contemporaries well into the 21st century with some recently calling it quits, Gray who will turn 71 in May, doesn’t see any reason to slow down. “If anyone tells you this is Marshall Tucker’s farewell tour, than that person doesn’t know what the hell they’re talking about. I don’t see any reason to stop. I still love playing music for audiences, especially fans that have been following us since day one.”

Gray is quick to give a shout out to the guys that play alongside him. “That’s one of the reasons I love being out here on the road. This group of guys has respect for the original band. They want to pay tribute to the legacy of Marshall Tucker, and I respect that in them. Fans don’t want to come see us, and not experience what they knew growing up or hear on the radio. We stay true to the original music.”

The current line up in Marshall Tucker Band includes veteran artists Chris Hicks, Tony Black, Rick Willis, B.B. Borden, and Marcus James Henderson. They all have strong backgrounds and have played with or alongside Gregg Allman, The Outlaws, and Charlie Daniels to name a few. “They all have that southern rock spirit, and that’s why I love playing with these guys.”

Formed in Spartanburg SC in 1972, the Marshall Tucker Band evolved thru a couple of name changes and members before Gray (keyboards), brothers Toy (guitar) & Tommy Caldwell (bass), Jerry Eubanks (sax), George McCorkle (rhythm) and Paul Riddle (drums) honed their signature sound, blending soul, country, and electric music, charting some of classic rock radios most familiar anthems of the 1970’s. The Caldwell’s who were the driving force of the band passed in 1980 and 1993, with McCorkle bowing out to cancer in 2007.

Four of the original members served in the military during the Vietnam War before returning to upstate South Carolina where they began their journey. Opening gigs for the Allman Brothers and Wet Willie lead to a recording contract with Capricorn Records and the wheels were set in motion.

Gray sensed his musical calling despite committing to a day job. “When I got back after my tour of duty, a friend hooked me up with a job at Security Finance. I told them right away I was going to grow my hair long and was still interested in playing music. Apparently it was in my blood. Toy and I had played in high school together and even travelled to Florida to play gigs before we served in Vietnam.”

Although Gray did well in finance and was well liked by management there was in time in 1972 where he had to make a decision. “I was doing pretty good with the bank and they were growing steadily. They offered me a higher paying position in Atlanta the same day the record company presented Marshall Tucker with a contract. Need less to say I opted for the music business. Thank God I did.” 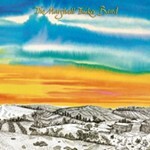 Their self titled debut release brought ‘Can’t You See’ to the mainstream. Although it didn’t chart well in 1973 fans quickly embraced the emerging southern rock sound following one the footsteps of the Allmans, Wet Willie, and the Atlanta Rhythm Section. ‘Can’t You See’ would find new ground four years later (1977) reaching as high as 75 on Billboard’s singles charts on the band greatest hits compilation.

It would be the same year their biggest hit ‘Heard It In A Love Song’ cracked the Top 20, peaking at 14 in the summer of ’77. The single was a huge crossover hit finding it’s way to the country and adult contemporary radio stations. However it was ‘Fire On The Mountain‘ written by McCorkle that gave Marshall Tucker their first Top 40 hit reaching #38 back in 1975. Their close friend Charlie Daniels would find similar success with the song over the years.

Another pioneering southern rock band was just beginning their rise at the same time. “Lynyrd Skynyrd wasn’t that well known in 1973. I remember they were the opening band for us on several shows in the Carolinas. Ronnie and I became quick friends. A year later Skynyrd was one of the biggest bands in the country. They took off fast and their music changed the scene forever.”

Gray fully understands why Marshall Tucker and others in the southern rock vein made such an impression. “It was a different style than what was being played on the radio. And quite frankly there wasn’t that may bands coming from the south. What set us apart was the way we played. We were more of a jam band. I think the kids took to us and the other southern rock bands because we jammed in our songs and in concert. We were mixing blues and country music with rock n’ roll. The younger generation was looking for something different and southern rock fit the bill.”

The Marshall Tucker Band and Charlie Daniels would form a strong bond during the 1970’s, often touring and writing together. Like Skynyrd and the Allmans, they became synonymous with southern and country rock n’ roll. Young fans embraced the hard driving rebellious music, that was opposite of the singer songwriters, disco groups, and syrupy pop stars of the day.

“Charlie is the real deal. His music like ours (Marshall Tucker’s) resonates with good old country boys and girls that just love good music. There is no pretense in what we do. We write and sing songs listeners can sit back and enjoy or jam too.”

Although .38 Special and the Black Crowes carried the torch in the 1980’s southern rock seemed to decline as music styles changed. The Marshall Tucker Band continued to tour and record but did not capture the glory the 70’s decade held for them. It was a revolving door for members with Gray the glue that held the band together. Through it all Gray has been the mainstay of the band. “The Marshall Tucker Band gave me life. I am thankful for that.”

Marshall Tucker was busy in 2018, spending a good chunk of the year opening on Lynyrd Skynyrd’s Farewell Tour. “That was special because of my relationship to the band and to Ronnie. When he passed it was a sad day for me. I’m still close to many of the members and the Van Zant brothers. To have gone out on tour with them last year was amazing. I have so many memories from the early days. They would open for us and then we would open for them.”

Gray adds he and Ronnie who died in the October 1977 plane crash shared much in common. “We came from blue collar families. His father was a truck driver and mine worked at the mill. When I was about 12 my father took me to the mill and said is this what you want to end up doing, or do you want to sing and make some money. It was an eye opener for me. Ronnie had the same experience. I have to admit we had a lot of fun on the tour bus back then just talking and hanging out.”

In a career that has spanned 45 years Gray admits to several milestones. “One that stands out was early on. We played Kenny’s Castaways in New York City, a place that held maybe 60 or 70 people comfortably. Three weeks later we’re opening for the Allman Brothers at Madison Square Garden. Talk about two opposite sides of the spectrum. It was mind blowing for us.”

Kenny’s Castaways was an iconic nightclub in the village of NYC for more than 50 years. The family owned business closed in 2012. During it’s lifespan Kenny’s gave life to Bruce Springsteen, Patti Smith, The Fugees, and the Smithereens.

Gray and Marshall Tucker Band have performed in arenas and stadiums around the world, but the legendary southern rockers will bring their show to the Charleston Music Hall on Thursday March 28th. “I love playing smaller venues. The reason is I can connect with the crowd. I can look right into the eyes of the fans in the audience and sense what they are feeling.”

That is the main impetus that keeps Gray going. “Obviously I’ve gotten older. I let someone else play the keyboards. I sing a little and play the tambourine. I guess you could say I’m the band leader. The bottom line for me is ‘the thrill is not gone yet’. We’ve already got shows booked for 2020, which is making the guys happy that they are still employed. We’re going to keep going.” 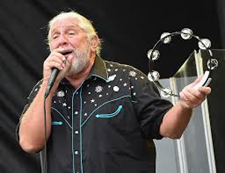 Doug Gray still has a home in Spartanburg, while keeping a home in Myrtle Beach. “I love South Carolina. We do about 144 shows a year and the rest of my time I spend with my family, the kids, and the grandkids. There is no better place to relax than South Carolina.” According to Gray that includes the low country. “I love Charleston. The look and the feel of the city. I especially love hanging out on Folly Beach. I have a good time out there.”

Fans can recapture the glory and aura of the Marshall Tucker Band when they bring their Through Hell & High Water Tour to the historic Charleston Music Hall on Thursday, March 28th. Crawford & Power open the show which is scheduled for an 8 pm start.