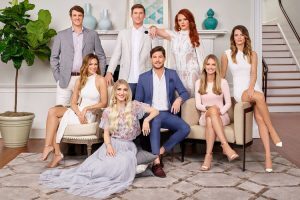 All aboard the Hot Mess Express! Bravo’s Southern Charm returns for its sixth season on Wednesday, May 15th at 8 pm. In addition to announcing the season premiere date, the network released a preview trailer, which you can see below.


The video is FILLED with drama – fighting, drinking, name calling, accusations, a surprising party crasher, and more! Yea, this season may be the most nutty yet.