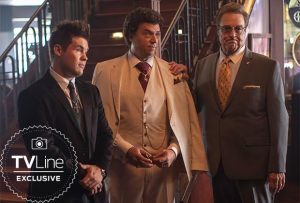 A local casting agency is once again accepting submissions for those interested in working as paid extras on “The Righteous Gemstones,” a new HBO show starring Danny McBride, John Goodman, and Adam DeVine that is currently filming in and around Charleston.


The company is currently seeking “cyber goth types” and 200 others to portray “ravers” for filming on Wednesday, April 3rd and Thursday, April 4th. All races and genders are encouraged to apply, but casting is looking for people aged 18 years old to those in their early 30s.

The half-hour comedy series was created by McBride, who will write, direct, executive produce, and act in the show. The pilot episode was filmed in the Charleston area back in August of last year.