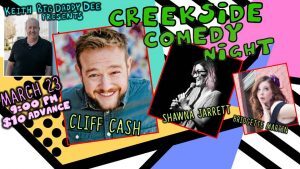 Here’s a look at the headliner:

Night Ranger Plays the Charleston Music Hall in May

Enjoy Bourbon & Bluegrass on March 26th at The Establishment