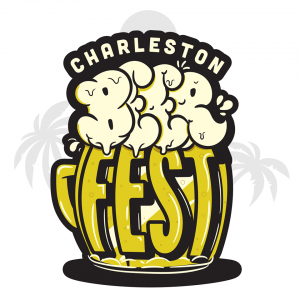 Almost 40 Carolina craft breweries have signed on for the Charleston Beer Fest on May 18, making this the largest event yet. The eighth annual festival gives beer lovers the chance to sample plenty of local favorites plus new IPAs, reds, ales, stouts, sours, ciders and many more styles from all around North and South Carolina.

The Charleston Beer Fest is from noon to 7 pm on Saturday, May 18th at its new venue, Riverfront Park in North Charleston.

Pouring more than 60 different beers are:

“We couldn’t be more proud of this list of amazing Carolina craft breweries! Not only do these breweries make great beer, but each of them is generously supporting our community and the work we do each and every day,” sJason Kirk, director of development and marketing for Palmetto Community Care said. “We have our best mix yet of returning favorites as well as new breweries, so everyone is sure to find one of their favorite beers and keep adding to their list with new ones. We worked our butts off to partner with more breweries than ever before, and I truly think it has paid off — we are so pleased to showcase the Carolina craft beer community at Charleston Beer Fest.”

VIP attendees also will have access to exclusive beer samples in the VIP Retreat on the River:

General admission tickets include a commemorative festival mug and 5 beer tickets. Tickets are $20 each through March; the price goes up to $25 beginning April 1st.

Parking for the event will be free. The event is strictly for ages 21 and over only.

In addition to all the Carolina craft brews, festival attendees will be treated to a wide range of food trucks, a Vendor Village featuring local artisan and craft vendors. The popular Beer Games will expand and return with inflatable pony hops, arm wrestling, a hands-free pizza eating contest and much more. Two stages will feature more musical acts than ever before along with entertainment throughout the day. The Homebrewers’ Village also returns to highlight local and regional homebrewers with a winner selected by a panel of regional judges.