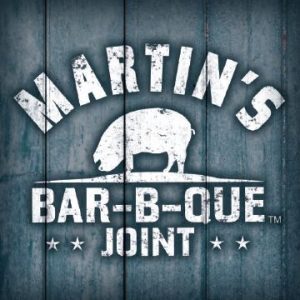 Martin’s Bar-B-Que Joint, a popular whole hog barbecue restaurant based in West Tennessee, plans to open its first location in the Charleston area in mid-April. The nationally recognized barbecue restaurant founded by acclaimed pitmaster and restaurateur Pat Martin will be located on James Island at 1622 Highland Avenue.

“I’ve been visiting Charleston several times a year for the last decade and…like everyone else, I’ve fallen in love with the community,” Martin said. “It’s an honor to be carving out our own little space here. With deep ties to Charleston as locals themselves, my business partner, John Haire and our buddy, Chase Barton – who we’re partnering with for this location – introduced me to James Island.  It’s a really cool community that naturally felt like home for a Martin’s.”

The family-friendly restaurant will have outdoor seating with a beer garden and views of two block pits smoking fresh hogs each day. 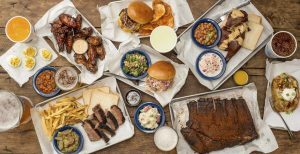 Martin’s says it is “a scratch-made business with no freezers or microwaves in the building. Everything on the menu is made fresh daily, and meats, including ribs, chicken and beef brisket, are prepared with the intention of running out every night.” 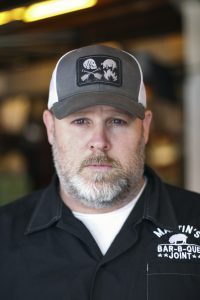 Entrees are served with Southern-style sides like Broccoli Salad and Cornbread Hoecakes. Most sides are made fresh from Martin’s family recipes, just like the dessert offerings, including favorites like Coconut Cake and Pecan and Fudge Pies.

Rooted in the tradition of whole hog barbecue, Martin’s is known for their low-and-slow cooked barbecue, made fresh every single day. Pitmaster Pat Martin learned the art and craft of West Tennessee-style smoke and meat 25 years ago in Henderson, Tennessee, before making Nashville his home. It became a consuming passion that eventually led to the first Martin’s Bar-B-Que Joint in October of 2006 in Nolensville, Tenn. Today, there are ten locations, including the newest in Nashville’s Midtown neighborhood and James Island in Charleston. Visit the website for additional information or follow on Facebook, Instagram or Twitter.