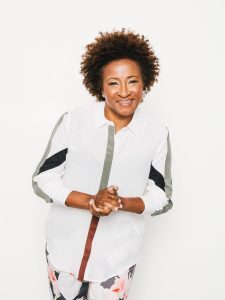 Comedian Wanda Sykes will perform at the North Charleston Performing Arts Center on Friday, May 10th at 8 pm. Tickets for the show go on sale Friday, March 8th at 10 am.


Sykes is one of today’s most popular comedians. She’s known for her numerous stand-up specials, roles in shows like The New Adventures of Old Christine and Curb Your Enthusiasm, and appearances in films like Monster-in-Law, My Super Ex-Girlfriend, Evan Almighty, Rio, and the Ice Age films.

In 2004, Entertainment Weekly chose Sykes as one of the 25 funniest people in America. She’s also won a Primetime Emmy for “Outstanding Writing for a Variety, Music or Comedy Special,” an American Comedy Award for “Outstanding Female Stand Up Comic,” a Comedy Central Commie Award for “Funniest TV Actress in 2003,” and the GLAAD Stephen F. Kolzak Award in 2010.

Click here to purchase tickets to her local performance.
–

14th Annual Charleston Wine & Food Fest Has Something For Everyone