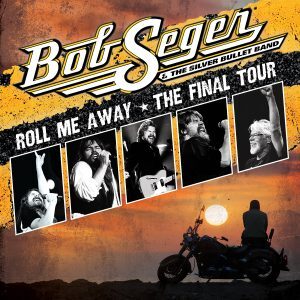 Bob Seger & The Silver Bullet Band have announced they are adding the North Charleston Coliseum to their final tour. The band will perform at the venue on Friday, May 10th.

Tickets go on sale Friday, February 22d at 10 am at Ticketmaster.com, LiveNation.com, the venue box office, or by phone 800-745-3000. Bob Seger fan club members will have special access to purchase tickets in advance of the scheduled on-sale dates. To become a Bullet Club member, visit BobSeger.com/bulletclub.

The group kicked off their Roll Me Away Tour in November of last year, and so far have played twenty-two sold out shows in front of half a million fans.

Seger is a GRAMMY Award-winning artist, songwriter, producer, and bandleader whose body of work has affirmed his place in the fabric of American song. Inducted to both the Rock & Roll Hall of Fame and the Songwriters Hall of Fame, Seger has sold more than 53 million albums and has earned 13 platinum and 7 multi-platinum RIAA Certified sales awards, including such landmark albums as Beautiful Loser, Live Bullet, Night Moves, Stranger in Town, Against the Wind and Nine Tonight.

For more information or to purchase tickets go to BobSeger.com and LiveNation.com.
–