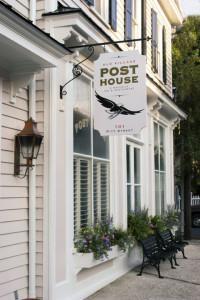 Over the weekend, The Post & Courier reported that the Old Village Post House Inn, a restaurant and 6-room inn located in the historic Old Village of Mt. Pleasant, was closing after bunch service on February 3rd, but details were hard to come by. Things became clearer this week.

“We couldn’t be happier that the (Old Village Post House Inn’s) new owners are neighbors, local business people who have great plans for the Post House. Their planned improvements are tremendous and will greatly enhance a wonderful property in the Old Village,” Hall said.

The planned improvements Hall mentioned have yet to be announced publicly by OVPHI Partners LLC.

HMG, which has more than 1,000 employees, also owns Rita’s Seaside Grille in Folly Beach, South Carolina and Halls Signature Events at 5 Faber in downtown Charleston. Many of the former Old Village Post House Inn employees have taken positions at these businesses.

“We are…very pleased that we have been able to reassign most of the staff including General Manager Margaret Robey and Executive Chef Chris Thompson to positions within HMG,” Hall said.

The Old Village Post House was built in 1896 as a private residence and retail store. It was reconfigured in 1984 as a restaurant on the bottom floor with six overnight rooms on the second floor. In 2015 Hall Management Group completed major renovations to the infrastructure, dining rooms, bar and kitchen.