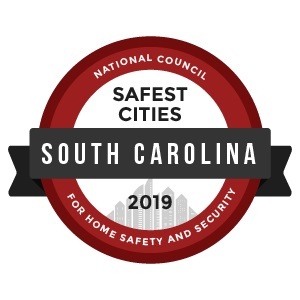 According to the study, the safest parts of South Carolina statistically are:

The Holy City may have done well in the study, but South Carolina did not. In comparison to the rest of the country, South Carolina:

You get all the details on the study here.

Follow us
Related Topics:The National Council for Home Safety and Security
Up Next

Mosquera Returns as RiverDogs Manager in 2019