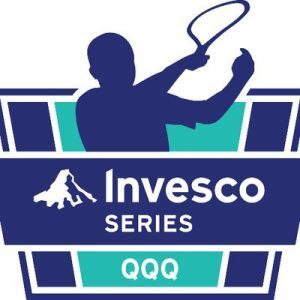 The Invesco Series, a competitive tennis circuit featuring some of the ATP’s former top-ranked players, makes its way back to Charleston on Saturday, April 6th at 8:30 pm at the Volvo Car Stadium. The event includes four champions playing two semifinal matches, with the winners meeting in a final. The format is meant to be entertaining for fans with players calling their own scores and interacting with the crowds.

The 2019 player field will welcome some of the biggest names ever to play the sport to Charleston, including Mats Wilander, Jim Courier, Lleyton Hewitt, and Andy Roddick. Each legend boasts an impressive tennis career spanning several decades.

“We truly enjoy our long running partnership with the Invesco Series,” said Bob Moran, President of Charleston Tennis, LLC. “It allows us to bring some of the best players, who’ve played the game at the highest level, to Charleston for our fans to experience. All four of these athletes are Grand Slam Champions, which will provide an amazing contest of talent and skill.”

Mats Wilander
Sweden’s Wilander is a former World No. 1 and a member of the International Tennis Hall of Fame. He won 33 singles titles in 220 tournaments and held a 571-222 record – one of the 30th best records in history. In his 15-year career, he led Sweden’s Davis Cup team to seven straight finals and three wins. During 1988, Wilander was the most dominant player on the ATP Tour, winning three of the four Grand Slams. Only three other male players have accomplished that feat in the Open era.

Jim Courier
Courier is an American former world No. 1 tennis player, who won four Grand Slam titles – two at the French Open and two at the Australian Open. He won 23 single titles and spent a total of 58 weeks ranked World No. 1. As a member of the International Tennis Hall of Fame, he reached the finals at all four Grand Slam championships during his career, a rare accomplishment. Courier also played on two winning Davis Cup teams. In the history of the Davis Cup, no other American has ever taken his team into a fifth set of the deciding match and won. However, Courier has done this twice.

Lleyton Hewitt
Hailing from Australia, Hewitt is a former World No. 1 tennis player and a two-time Grand Slam singles champion. He holds the record as the youngest male tennis player to be ranked World No. 1, which he achieved at just 20-years-old. During his career, he won 30 singles titles and held an impressive 616-262 record. Hewitt also lead Australia to the Davis Cup title in 1999 and 2003 and currently serves as the Australian team captain.

Andy Roddick
Roddick is an American former world No. 1 tennis player, who holds 32 singles titles. He won the singles title at the 2003 US Open and continues to be the most recent American male player to win a Grand Slam title. During his career, he also reached four other Grand Slam finals. Roddick was ranked in the year-end top 10 for nine consecutive years. During the 2004 Davis Cup semifinals, Roddick hit the fastest recorded serve in history, at the time, which was recorded at 155 miles per hour.

“I’ve always really enjoyed playing in Charleston, which is one of the best tennis towns in the country,” said Roddick. “I have great memories there dating back to our Davis Cup match there in 2004 and look forward to making more during our Invesco Series QQQ event this April.”

Tickets start at $30 for terrace level seating to the Volvo Car Stadium’s Invesco Series. A limited number of box seats are still available. For more information on the tournament and ticket options, visit volvocaropen.com/invescoseriesqqq or call 843.856.7900.