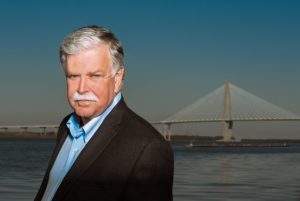 “It is with deep sadness that last week the Cooper River Bridge Run Board of Directors received and accepted the resignation of our Race Director, Julian Smith.

For more than 20 years, Julian has been our leader, our mentor and our friend; for this, the Board would like to express its profound sense of gratitude. Julian is a force of nature and his leadership will be missed by the entire Bridge Run family and community as he moves on to the next phase of his life and the inevitable challenges it will bring. It was unanimously agreed upon by the CRBR Board that Julian would be given the title of Race Director Emeritus. We wish Julian all the best and offer our eternal thanks for a career of unparalleled success pursued with uncommon wit, wisdom and grace.”

The Board of Directors’ Vice Chairman, Mike Seekings, will immediately step in as Interim Race Director.

As previously reported, Smith was diagnosed with Glioblastoma in May 2018.