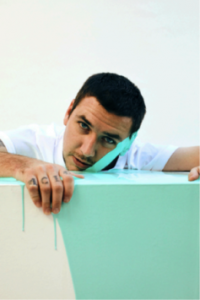 Charleston-based band SUSTO recently debuted two new singles, “If I Was” and “Está Bien,” via Rolling Stone Country. The tracks are taken from the band’s forthcoming album, Ever Since I Lost My Mind.

Rolling Stone Country called both songs, “serenely laid back, with gentle instrumentation and thoughtful vocals” and describes front man Justin Osborne as “supremely chill — in a worldly, self-questioning sort of way.” You can read the full article here.
Ever Since I Lost My Mind will be released on February 22nd via Rounder Records. You can pre-order it here.
Of “If I Was” Osborne says, “Probably the best way to describe the song is as a declaration of awareness; awareness of who I am, who I’m not and who people may want me to be.”
Of “Está Bien” he adds, “It’s a positive song about friendship and about overcoming life’s obstacles. I’ve always wanted to write and sing a song completely in Español, so I’m glad we were able to do that.”
If you’d like to hear some of these new songs in person, you can catch SUSTO at The Windjammer on February 21st. Tickets can be purchased online.

Gettin’ Whiskey With It at The Joe!