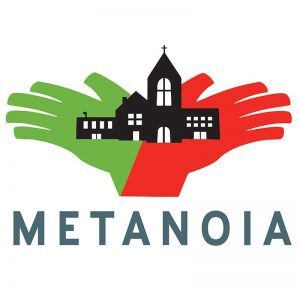 Ingevity and Metanoia Community Development Corporation today announced that Ingevity will donate $400,000 to Metanoia’s early childhood education wing to be constructed as part of the renovation of the old Chicora Elementary School. The early childhood education center will serve 95 children of mixed income in the Charleston region. The Ingevity wing will feature an education display focused on science, technology, engineering and math (STEM).

This donation is the first publicly announced gift towards Metanoia’s efforts to revitalize the school as a community asset. The old Chicora Elementary School is in the heart of the Chicora-Cherokee neighborhood of North Charleston. In 2017, Metanoia announced plans to revitalize the historic building to create a community center for its neighbors. The early childhood education center of the old school is slated to be an A- rated quality center by South Carolina Department of Social Services. The facility will also house nonprofit office space, a performing arts center and artist studios.

“We are thrilled by this generous donation from Ingevity,” said Bill Stanfield, CEO, Metanoia. “Their support is a major boost to our effort to create the region’s only A rated Early Childhood Education Program serving low income students. This gift shows how powerfully Ingevity lives its values and will significantly aid our efforts to renovate this space later this year.”

The Early Childhood Education Center at old Chicora Elementary seeks to fill the profound void for financially accessible, rigorous early childhood education in the low resource community of Chicora-Cherokee. Metanoia will leverage every dollar of Ingevity’s gift by attracting an additional $2 of tax credit financing to use for additional renovations. “This is the jumpstart we need,” said Stanfield.

“We’re happy to step up and support Metanoia’s concerted efforts to enhance Ingevity donates $400,000 for Metanoia’s Early Childhood Education Center at Old Chicora Elementary School’s wellbeing. This center will serve as a model for early childhood education. Research shows that once the core objective of providing high-quality, early education is met, there is a domino effect that begins to improve conditions throughout the community. Since Ingevity is headquartered only four miles from the Chicora-Cherokee neighborhood, we have a vested interest in the development and strength of this beloved community.”

Metanoia and Ingevity are working together to change the narrative of equitable community development and early childhood education in this under-resourced neighborhood.

Ingevity provides specialty chemicals and high-performance carbon materials and technologies that purify, protect and enhance the world around us. Through a team of talented and experienced people, Ingevity develops, manufactures and brings to market products and processes that help customers solve complex problems. These products are used in a variety of demanding applications, including asphalt paving, oil exploration and production, agrochemicals, adhesives, lubricants, publication inks and automotive components that reduce gasoline vapor emissions. Headquartered in North Charleston, South Carolina, Ingevity operates from 25 locations around the world and employs approximately 1,600 people. The company is traded on the New York Stock Exchange (NYSE: NGVT). For more information visit www.ingevity.com.

Follow us
Related Topics:IngevityMetanoiaOld Chicora Elementary School
Up Next