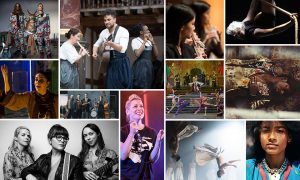 The Spoleto Festival USA today announced the program for their 43rd season, which will be held around the city from May 24th to June 9th. Tickets will be available beginning Wednesday, January 16th.

Founded in 1977, Spoleto Festival USA is an annual 17-day performing arts festival that presents leading artists in classical and popular music, jazz, dance, and theater, contributing to the rich cultural fabric of Charleston. The 2018 season includes more than 150 ticketed events in a dozen locations on the downtown peninsula.