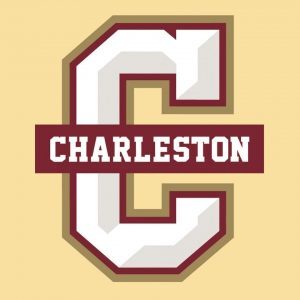 Coming off their Christmas holiday break the College of Charleston men’s basketball team returned to the hard court Saturday night. The Cougars traveled to Wilmington NC taking on the Seahawks of UNCW in the first Colonial Athletic Association game for each team this season. Grant Riller scored a game high 31 points including 21 in the first half as CofC fought of a late Wilmington rally for a 73-66 win on the road.

The junior guard said he found some room and took advantage or open shots. “Just being aggressive. I usually get harder shots as far as three-pointers. They cheated a couple of screens. I got open a little bit. Once I hit one, my confidence became higher.”

Charleston Head Coach Earl Grant admitted Riller is tough to guard when he’s on. “In the first half, it just happened to work that way. We called some set plays for Grant. Some of it came out of motion and he found some cracks and lanes to drive it. He made some plays and shot the ball well from three. Anytime you can have a guy make shots from the perimeter, the defense has to come out closer to guard him. He’s really tough to deal with when driving the ball from the perimeter.”

With the victory the Cougars improve to 12-2 on the season, 1-0 in the CAA, and keep a nine game winning streak alive. For the contest Riller finished making good on 4 of 5 from beyond the arc and a perfect 9 of 9 from the free throw line. Riller had help from Jarrell Brantly and Brevin Galloway who chipped in 14 apiece for Charleston. Galloway had his best game in a Cougar uniform hitting 5 of 7 from the field including four from long range for his 14 points.

Brantley grabbed a team high eight rebounds. He has now tabulated 1,555 career points and 807 career rebounds to date. He becomes only the fifth player ever to record 1,500 points and 800 rebounds in a career in school history.

A pair of free throws gave the Cougars an early 6-2 lead after four minutes of play. But the home team answered with a 7-0 run to take the lead with 13:02 left to play. A long range missile by Riller knotted the score at nine all. When Riller hit his third 3-pointer of the first half the Cougars took an eight point (23-15) with 7:35 remaining. Charleston would extend the lead to 11 points on two occasions before taking a 37-29 lead into the locker room at the break.

Devontae Cacok opened the second half with a layup for UNCW, before the Cougars put together a 6-0 run for a 12 point margin (43-31), with just two minutes gone in the period. After a short jumper by Jaylen McManus CofC still held a double digit lead (54-44) midway thru the half.

But the Seahawks found some rhythm eventually cutting the lead to just one point 67-66 with two minutes to play. Forced to foul the Cougars sealed the victory with Marquise Pointer & McManus adding four point from the line. McManus would finish with five points, with the couple of foul shots at the end of the game giving Pointer two points on the night.

Cacok is a force to be reckoned with for UNCW hitting 12 of 16 from the floor to lead his team with 27 points. He was ferocious off the glass hauling in a game high 19 boards for the Seahawks. Kai Teows and Ty Taylor added 12 and 10 points respectively for Wilmington. UNCW fall to 4-10 on the season, picking up their first loss in the conference.

Coach Grant was happy for the road win and added Cacok was tough to handle. “I was proud of our players just for persevering and finding a way to win. Certainly, Wilmington did some good things tonight and made some good shots. Cacok was a load. I thought we did a good job of staying poised when they (UNCW) made a run.

In the end Coach Grant said his players kept focused. “We executed our game plan pretty well, guarding without fouling and trying to take away transition. I’m really proud of our players showing some character in a tough environment. Tonight was a good win for us against a good team that we played on their home court.”

The Cougars will continue its three-game conference-opening road stretch next week at Towson on Thursday, Jan. 3 at 7 p.m. (ET) in Towson, Md., and James Madison on Saturday, Jan. 5 at 4 p.m. (ET) in Harrisonburg, Va.