Silva, Gravett and Bryant score in double figures for Carolina 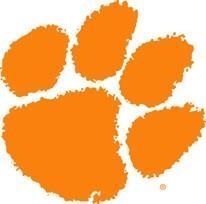 Marcquise Reed scored 20 points in his first game back since a knee injury earlier this month and Clemson held off a late South Carolina charge to win its third straight rivalry game 78-68 on Saturday.

Reed, the team’s leading scorer this season, had missed the past three games since spraining his left knee late in a win over St. Peter’s on Dec. 4. But he showed few effects of the injury after entering the game about three minutes in helping the Tigers (9-3) open a double-digit lead by halftime.

The Gamecocks (4-7) cut a 16-point Clemson lead 73-68 on Chris Silva’s inside bucket with 44.1 seconds left. But the Tigers responded two foul shots by David Skara and a jam by Aamir Simms to seal the win.

Skara had 14 points and Elijah Thomas had 10 of his 11 points in the second half for Clemson.

Silva had 18 points for South Carolina, which lost its fourth in a row and second straight to an Atlantic Coast Conference opponent following a 69-52 defeat to No. 5 Virginia this past Wednesday night.

Reed warmed up with a brace on his left knee and after entering the game the senior quickly got into the flow with a bucket two minutes later and finished the half with 13 points.

The Tigers struggled at times to control Silva down low – and trailed 30-29 after Silva completed a 3-point play with 5:09 to play.

Skara had a pair of 3s in the surge while John Newman III and Shelton Mitchell each added a long-range basket.

UP NEXT
The Gamecocks are off until New Year’s Eve when they welcome North Greenville to Colonial Life Arena. The non-conference finale tips at 2 p.m. ET and will be broadcast on SEC Network+.