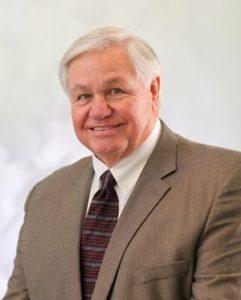 North Charleston Mayor Keith Summey issued the following statement on his announcement to seek re-election as the mayor of the City of North Charleston:

An improved quality of life, enhanced city services and economic advancement for the residents of North Charleston have marked Mayor Summey’s tenure. The success of his strong leadership and forward-thinking vision is defined by a willingness to be a true problem solver through building broad coalitions for all endeavors. Known for listening to the issues and concerns of the citizens of North Charleston, community guidance has hallmarked his administration.

“Look how far we’ve come,” said North Charleston Mayor Summey. “During my time as mayor, I am proud to have seen our diverse city transform into a progressive, welcoming hub full of community assets. We have created a sense of place in North Charleston with recreational and cultural amenities abounding, all the while, ensuring we remain the commerce engine of the state of South Carolina.”

Mayor Summey expressed, “We have many community projects on the horizon for North Charleston, which will enhance engagement with our city’s residents of all ages. To name a couple, I’m particularly looking forward to the city’s new gym facility, and the city’s aquatics center. These new facilities will allow for community-building and educational aspects for all the citizens of North Charleston. Investing in people is investing in our future.”

A firm proponent of public education, Mayor Summey has stepped in when others fell short, leading efforts to improve educational opportunities while holding the school district accountable. “Investments in our youth have been essential to the city’s success. We build better communities for future generations, and we must always look to leave our world better than we found it.”

A small businessman at heart, Mayor Summey, a good steward of the city’s tax dollars, takes pride in operating the city like a business. A deep understanding and care of public finances have been critical in maintaining transparency, while making smart investments into the ever-increasing livability of the city of North Charleston.

Mayor Keith Summey concluded, “With the opportunity to continue serving you, the citizens of North Charleston, we can keep the progress going. Our future is brighter than ever.”