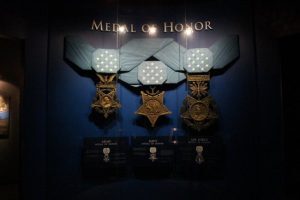 The decision by the PPDA Board follows the announcement by the National Medal of Honor Foundation that their board was exploring alternative locations for the proposed museum.  The foundation has also ceased efforts to obtain zoning approval from the Town of Mount Pleasant and has stopped moving forward with work needed to reroute Patriots Point Road as agreed upon in the lease with Patriots Point.

“Patriots Point has been an unrelenting ally of the National Medal of Honor Museum Foundation’s in every aspect of its endeavor, to include assisting and advancing the lease through the state of South Carolina,” said PPDA Board Chairman Ray Chandler.  “It is our board’s unanimous feeling that this museum was intended to be established in Mount Pleasant. We deeply regret that the Foundation has decided to choose another location.”

Based on the history of the relationship between PPDA and the National Medal of Honor Museum, the PPDA board has seen no indication that the Foundation has or will develop the organization, employ the national professional fundraising consultants, or engage the national board capable of raising funds needed to build and operate the proposed museum.

“We will keep the door open down the road and are optimistic that after a search is conducted, whoever is on that museum board will reach out to us, and whoever is on this board in the future will welcome that opportunity,” said Chandler.  “I want to thank all of the people who have for eight years given freely of their time, and many their finances to further this effort.”

Follow us
Related Topics:National Medal of Honor Museum Foundationpatriots point
Up Next