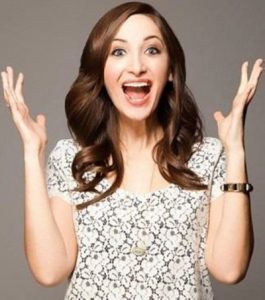 The Charleston Comedy Festival has announced Jamie Lee will perform during the 2019 event. She joins South Carolina native Rory Scovel as one of the festival headliners and will perform on Saturday, January 19th at the Sottile Theatre. Tickets are already on sale.


Lee is an actress, author, and stand-up comedian that is currently starring in season two of HBO’s Crashing. She formerly wrote on Season 1 of the show, as well as Teachers, Talk Show: The Game Show, and more. She was also a core cast member on the hit MTV series Girl Code. As a stand up, she has appeared on The Late Late Show with James Corden, Conan, @Midnight, and Last Comic Standing.


In 2016, Lee released her debut book Weddiculous with Harper Collins. Her new stand up album I Mean… was released on January 19, 2018 to glowing reviews.

Tickets to Lee’s Charleston show can be purchased here.

The rest of the Charleston Comedy Festival lineup will be announced at a later date. For more information on the 2019 event, visit the official website.
–

Follow us
Related Topics:charleston comedy festivalJamie Leesottile theater
Up Next