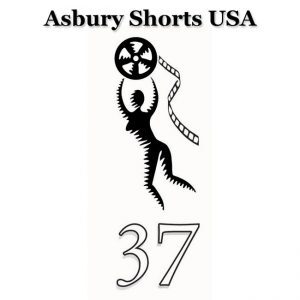 Asbury Shorts, New York’s longest running short film exhibition, returns to Charleston on Wednesday, January 16, 2019 to present their nationally recognized 37th Short Film Concert at the Charleston Music Hall, with the first film blasting on to the screen at 7 pm. This eclectic presentation of award winning shorts is strongly recommended for ages 16 and way way above.

Asbury Shorts USA combines classic short films with new global festival honorees creating a rare opportunity to see world-class shorts on a real cinema screen rather than You Tube or smart phones. The line up on January 16th will include a mix of Oscar Nominees, US film festival “Best of Show” winners, and international honorees all in one sitting! Oscar nominated director Jason Reitman (JUNO, Up in the Air, Thank You for Smoking and Young Adult) calls Asbury Shorts: “The best short film show I’ve ever seen.”

Asbury Shorts is celebrating the work of women directors in this year’s presentation. Highlights include:

The Charleston Music Hall is located at 37 John Street. Tickets for The 37th Asbury Short Film Concert cost $10 if purchased in advance and $12 at the door on the night of the show. Click here to purchase in advance.
–