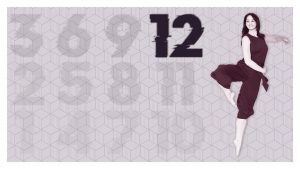 Annex Dance Company Artistic Director Kristin Alexander announces the 12th season of programming for the company. The company will have their first concert of the season in December at The Schoolhouse in West Ashley.

The new year brings Alexander’s most ambitious collaborative event yet, an artistic response to Southbound: Photographs of and about the New South with collaborators of all mediums sharing work in the free gallery event. One of the company’s newest works, Origin, will be presented in both NYC and Charleston in the Spring.

“Our season can really be captured by two words: response and revisit,” states Alexander. “Much of what we have planned involves existing repertory, which is a great place to be in for the company. The mission of the company: performance, collaboration, and outreach/education remains at the forefront. In addition to a range of concerts we will be presenting this season, we will be working with new collaborators and in a number of residencies in our community.”

On December 2, 2018, the company will return to The Schoolhouse with 12, a modern dance concert of new and existing repertory. The concert will include “Ten of Something,” from the 10th anniversary concert, and “One Who Sees,” which premiered in the 2018 Piccolo Spoleto Festival during the company’s residency at the College of Charleston. Alexander has invited two of the College of Charleston dance majors who participated in the residency last spring to perform with the company for this concert. The movement vocabulary for “One Who Sees” infuses choreography from the three different dances into one work, and the audience selects the playlist. Individual tickets are $18 for adults and $12 for students, and can be purchased at the door or online at http://tickets.annexdancecompany.org.

In collaboration with members of the Charleston Arts community, the company will present Moments Captured, a performance of creative responses to “Southbound: Photographs of and about the New South.” Collaborators include Erin Leigh, Joy Vandervort-Cobb, Marcus Armaker, Laura Ball. Moments Captured will be performed continuously from 2-4pm on February 3, 2019. A free event during gallery hours, patrons are encouraged to come at any point to observe the photography and the performance.

Origin, which premiered during the 2018 Piccolo Spoleto Festival, will be presented twice this season. Inspired by the movement of Alexander’s two-year-old daughter, Origin explores movement in its purest form through technology and modern dance. Created in collaboration with New York based multimedia artist and composer John Jannone, Origin will premiere in New York on February 16, 2019 at the Center for Performance Research. The company will perform Origin in Charleston on April 20, 2019 at The Schoolhouse in West Ashley.

As always, Alexander looks forward to the Piccolo Spoleto Festival to round out the season with collaborations and performances. Performances related to the festival will be shared in Spring 2019.

Patrons are encouraged to find more information regarding the performances and take a look into the behind-scenes process by on the following social media outlets:
https://www.facebook.com/AnnexDanceCompany/,
https://www.instagram.com/annexdancecompany/, and
http://annexdancecompany.org.

Performance times, details and ticketing information will be shared on the website.

Follow us
Related Topics:Annex Dance CompanyThe Schoolhouse
Up Next

Happy Together Tour Brings The Turtles, Chuck Negron, & More to the Music Hall