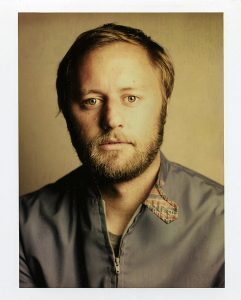 The 2019 Charleston Comedy Festival, which will take place from January 16-19, 2019, will be headlined by South Carolina native Rory Scovel. He’ll perform at the Sottile Theatre on Saturday, January 18th at 8 pm.


Scovel’s new Netflix special, Rory Scovel Tries Stand-Up for the First Time, recently premiered to rave reviews. He also costarred in Amy Schumer’s I Feel Pretty and appeared in The House, alongside Will Ferrell and Amy Poehler, as well as The Legacy of a Whitetail Deer Hunter alongside Danny McBride and Josh Brolin.

Some of his television credits include the TBS series Ground Floor, as well as the NBC series Undateable, ABC’s Modern Family, F/X’s The Comedians, and the original series Those Who Can’t for TruTV.

Scovel’s stand up has been featured on Comedy Central, CONAN, and Late Night with Jimmy Fallon. His second album, Rory Scovel Live at Third Man Records, was released in 2013 and was recorded live in Nashville.

The comedian grew up in Greenville, South Carolina and earned a Communications Degree from the University of South Carolina Upstate. He started his stand-up career in Spartanburg.

Tickets to Scovel’s Charleston show can be purchased here.

The rest of the lineup will be announced at a later date. For more information on the 2019 Comedy Festival, visit the official website
–

Follow us
Related Topics:charleston comedy festivalRory Scovel
Up Next