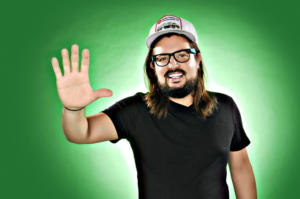 Nashville based stand-up comedian (and former Charleston resident) Dusty Slay has landed a development deal with ABC for a half-hour comedy.


According to Deadline, the untitled show is “inspired by Slay’s childhood, growing up the youngest of three in an Alabama trailer park. The story centers on a middle-aged single mother, who despite her blue collar lifestyle, strives to give her loved ones all the joys of a normal life.”

Slay is expected to co-star in the series, which will be written by Chadd Gindin (Santa Clarita Diet, The Millers, and The Cleveland Show). A development deal doesn’t guarantee that a series will be picked up by the network, so there are still a few hurdles for the team to clear. Holy City Sinner will be sure to keep you posted on all updates.

Slay has performed stand-up on several network shows including NBC’s Last Comic Standing, ABC’s Jimmy Kimmel Live!, and Laughs on FOX. He was also a featured comedian on TMZ. His comedy is regularly showcased on many nationally syndicated radio programs including Sirius XM, Pandora Radio, and “The Bob and Tom Radio Show.”

During his years in Charleston, Slay won The Charleston Comedy Festival Stand Up Competition two years in a row and was voted “Best Local Comic” by the readers of the Charleston City Paper in both 2013 and 2014. Despite moving to Nashville, the comedian frequently returns to perform in the Holy City.