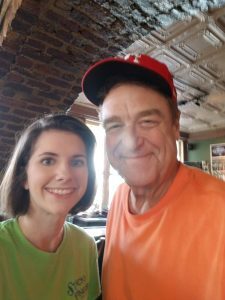 Just hours after four-time Grammy Award Winner Keb’ Mo’ ate lunch at the downtown Sticky Fingers, actor John Goodman was spotted grabbing a to-go order for the restaurant.
Representatives from the restaurant said Goodman like the food so much, he called back the next day to place another order.
Goodman is a well-known actor that is best known for playing Dan Connor on the television show like Roseanne, for which he won a Golden Globe Award for Best Actor in 1993. He’s also appeared in movies like The Big Lebowski, O Brother, Where Art Thou?, Coyote Ugly, Monsters Inc., and The Flintstones.
It’s unknown why the actor is in town, but it may be related to The Righteous Gemstones, a new HBO show that filmed its pilot episode in Charleston. The program was recently ordered to series. The Danny McBride-created comedy, will also star McBride, Edi Patterson, Adam Devine, and more.
The pictures within this post were sent to me by Sticky Fingers. 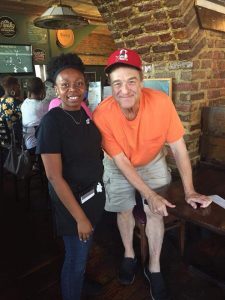