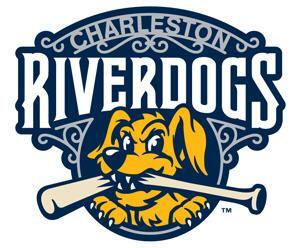 Following a year in which the club welcomed more than 300,000 fans for the second consecutive season, the RiverDogs have announced their game times for the 2019 season with tickets now available for the Charleston club’s 23rd year at Joe Riley Park.

As in years past, RiverDogs home games will feature a standard 7:05 pm first pitch on Monday through Fridays, a 6:05 pm start on Saturdays, and 5:05 pm open on Sunday home games with a few notable exceptions. With first pitch times set for the upcoming campaign, group tickets are available for the 2019 season starting on Monday, November 12th. Until single-game tickets go on sale in March, fans can secure tickets to the 2019 season by booking a group or purchasing a flex plan starting with 10 voucher packages. More information is available at riverdogs.com/tickets.

The RiverDogs also have several special days in which the normal start time will be slightly adjusted including:

The RiverDogs begin their home schedule on Thursday April 11th, taking on the Greensboro Grasshoppers in the first of 11 Thirsty Thursday dates over the course of the season. The RiverDogs will also host 11 home games each on Fridays and Saturdays during the 2019 campaign.

For the sixth consecutive season, WTMA 1250 AM will serve as the radio home of the RiverDogs in the Lowcountry. For all regularly scheduled games home and road, Matt Dean will have the play-by-play duties on “The Big Talker.” Every pitch of the RiverDogs season, including mid-week day games and specialty start times, can be heard online at riverdogs.com and via the TuneIn radio app.