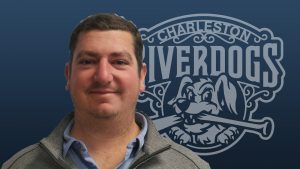 The Charleston RiverDogs have announced the selection of former Midwest League Sports Turf Manager of the Year Zach Severns as the next Head Groundskeeper of Joseph P. Riley, Jr. Park on Tuesday.

Severns takes over the helm of the Riley Park playing field after two seasons with the Lansing Lugnuts in Michigan. In 2018, his second year with the Blue Jays affiliate, the Washington State grad was named the Midwest League Sports Turf Manager of the Year while Cooley Law School Stadium was named the Single-A league’s top playing surface. The Fresno, California native has previously worked as the head groundskeeper with the Augusta GreenJackets in the South Atlantic League and interned with the Washington Nationals and Milwaukee Brewers in his sports turf career.

“The Joe has a long history of being not only one of the best fan experiences in Minor League Baseball, but also one of its best playing fields and Zach is more than up to the task of keeping Riley Park in the tremendous condition that our fans, coaches and players have come to expect,” said RiverDogs President and General Manager Dave Echols.

Riley Park enters its 23rd season as the home of the RiverDogs in 2019, having built a notoriety as one of the best playing surfaces in the South Atlantic League and Minor League Baseball as a whole. The Joe has been tabbed as the top field in the SAL five times over the past ten seasons and named Sports Turf Managers Association’s (STMA) South Carolina Baseball Field of the Year four times (2009, 11, 12, & 14).

“I’m excited not only to head South for warmer weather but to be able to call The Joe my place of work,” said Severns. “Riley Park provides some of the best views and some of the best field conditions in the minors and I look forward to the challenge of maintaining the standard of excellence.”

Severns succeeds Charleston’s former head groundskeeper Mike Williams, who retired after 12 seasons of service with the RiverDogs. During his tenure in Charleston, Riley Park was honored as the top playing field in the South Atlantic League five times over the course of his final ten seasons, including most recently in 2017. The former Major League groundskeeper was also named the Class A Sports Turf Manager of the Year by the STMA in 2017.

On the heels of their second straight year eclipsing 300,000 fans through the turnstiles, the RiverDogs have already begun preparations for another year down at The Joe. RiverDogs season tickets, including options to the Riley Park Club, are now available for the 2019 campaign by contacting the RiverDogs front office at 843-577-3647 (DOGS). The RiverDogs begin their home schedule on April 11 when they host the Greensboro Grasshoppers at The Joe, preceded by a weeklong road trip. A full schedule and list of game times for the 2019 season is available at riverdogs.com