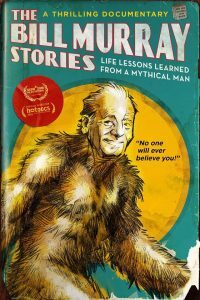 Actor and Charleston resident Bill Murray is the subject of a new documentary that premieres this month. The Bill Murray Stories: Life Lessons Learned From a Mystical Man, explores the urban legend known as a “Bill Murray story,” those almost unbelievable anecdotes involving the actor’s goofy antics.

Murray has long been a legendary comedic actor, but his habit of randomly inserting himself in the lives of others has made him mythical. Many people – especially those in Charleston – have a Bill Murray Story, many of which have been documented and shared thanks to cell phones and social media.

A trailer for the film, which you can see below, features numerous shots of the Holy City and includes locals like Mayor John Tecklenburg and Chef Brett McKee.

The documentary will be released in select theaters and online on October 26th, but the Terrace Theater on James Island will host advanced screenings on Tuesday, October 16th. Click here for more information.