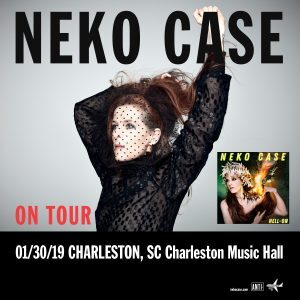 Case is best known for her solo career and her work as a member of the Canadian indie rock group The New Pornographers. Her latest album, Hell-On, was released in June.

Over the course of her career, Case has been honored as the Female Artist of the Year at the PLUG Independent Music Awards, and earned several Grammy nominations.

Follow us
Related Topics:charleston music hallNeko Case
Up Next

Puddles Pity Party, the “Sad Clown with the Golden Voice,” Performs at the Music Hall