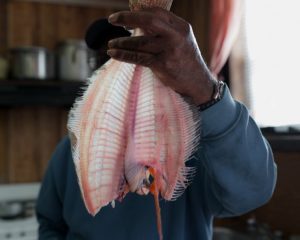 Camera Works Café and Redux Contemporary Art Center are excited to present a three-part series dedicated to a large upcoming photography project by the Halsey Institute of Contemporary Art entitled “Southbound: Photographs of and about the New South.”

The series will begin with a presentation by the exhibition curators Mark Sloan and Mark Long on Thursday, October 11th then continue with presentations by two locally-based Southbound photographers, John Lusk Hathaway on Thursday, November 8th and Michelle Van Parys on Thursday, December 13th. The talks all begin at 6 pm and are free and open to the public. The talks will take place at Redux Contemporary Art Center at 1056 King Street.

ABOUT SOUTHBOUND: PHOTOGRAPHS OF AND ABOUT THE NEW SOUTH

Southbound: Photographs of and about the New South is a multimedia project that engages with and unsettles assumed narratives about the American South. Southbound is co-curated by Mark Sloan, Director and Chief Curator of the Halsey Institute of Contemporary Art, and Mark Long, Professor of Political Science at the College of Charleston. This interdisciplinary curatorial perspective brings together fifty-six photographers’ visions of the South over the first decades of the twenty-first century, offering a composite image of this region. Together, these photographers provide new perspectives for understanding the complex admixture of history, geography, and culture that constitutes today’s New South. The photographs featured in the exhibition will be complemented by a commissioned video, an extensive stand-alone website, an interactive digital mapping environment, and a comprehensive illustrated exhibition catalogue. The project invites viewers, practitioners, and scholars to (re)engage the region. Unprecedented in its size and scope, Southbound charts new courses to expand imaginings for the South as we know it today.

More information and images can be found on the exhibition website: SouthboundProject.org.

Mark Sloan has been the Director and Chief Curator of the Halsey Institute of Contemporary Art at the College of Charleston School of the Arts since 1994. In his thirty-four-year career, Sloan has maintained a consistent engagement with photography. In 2004, he curated No Man’s Land: Contemporary Photographers and Fragile Ecologies, featuring Edward Burtynsky, David Maisel, and Emmet Gowin. He also organized Evon Streetman’s retrospective exhibition, Black Boiled Coffee and the Cacophony of Frogs (2000). He has curated several projects using archival photographs by unknown photographers, including the book Wild, Weird & Wonderful: The American Circus 1901–1927, as seen by F.W. Glasier, Photographer (2002). Several of his exhibitions have traveled to institutions such as the High Museum in Atlanta, Yerba Buena Center for the Arts in San Francisco, the New Orleans Museum of Art, and Presentation House in Vancouver. He has authored or co-authored sixteen books on subjects ranging from Russian conceptual art to visionary artist’s environments to photographs from the archive of cartoonist Robert Ripley. He is also an active photographic artist whose works have been exhibited internationally, including at the High Museum in Atlanta, the Grand Palais in Paris, the American Academy of Sciences in Washington, D.C., and the Harvard Museum of Natural History in Cambridge.

Mark Long was trained in Ireland, Spain, and the United States. He is a political geographer and Professor of Political Science and Curator at Large and Academic Liaison at the Halsey Institute of Contemporary Art at the College of Charleston. His research is concerned with the intersections between visual culture and place. Long has published papers and essays on subjects from street art to editorial cartoons, anti-Americanism, and landscape photography in Israel. In his work as a curator, he has curated shows of landscape photography from Antarctica to Afghanistan to the American West by award-winning American and international artists, including Simon Norfolk’s Et in Acardia Ego, Pedro Lobo’s architecture of survival, and Stuart Klipper’s Antarctica.

John Lusk Hathaway received his MFA in photography from East Tennessee State University in Johnson City and is a lecturer in photography at the College of Charleston in South Carolina. He has garnered awards and nominations for his work, including being a semifinalist for the Duke Honickman First Book Prize in 2012, when he was also the recipient of an individual Artist Fellowship Grant from the Tennessee Arts Commission. His major projects include Archaeology of Water, which documents the unique land and culture of South Carolina’s barrier islands and saltmarsh communities; and One Foot in Eden, which focuses on the people of Carter and Johnson counties in the Cherokee National Forest in Upper East Tennessee. For Hathaway, these region-specific projects are as much about the people as they are about the land, as he notes that it is rare to look at landscapes anymore and not see some evidence of human interaction with the land. Hathaway considers his work to be both documentary and fine art in nature because of the reality of his subject matter as well as the subjective perspective and narrative he brings to his interpretation.

Michelle Van Parys is professor of photography at the College of Charleston in South Carolina and the recipient of awards such as the South Carolina Arts Commission Fellowship and the Virginia Museum Fellowship. She received her BFA from the Corcoran School of Art in Washington, D.C. and her MFA in photography from Virginia Commonwealth University in Richmond. Van Parys’s photographs can be found in the collections of the San Francisco Museum of Modern Art, California; the Nevada Museum of Art, Reno; and the High Museum of Art, Atlanta, among others. She worked for an extended period on making images in the American West, culminating in her monograph The Way Out West, first published in 2008. Since then she has turned her attention to landscapes closer to home, contrasting the vast open spaces of the West with the tangled lushness of the American South in describing her ongoing series Beyond the Plantations: Images of the New South. Van Parys’s purpose with this project is to come to grips with the layers of meaning vested in landscapes, overlaid one atop another, that parallel the vibrant and chaotic vegetation that is central to so many of the images in her series.

Spearheaded by Mark Stetler, Camera Works Café meets each month bringing art and photography together with lectures, open discussion, and a monthly critique.

Find out more at facebook.com/cameraworkscafe

ABOUT THE HALSEY INSTITUTE OF CONTEMPORARY ART

The Halsey Institute of Contemporary Art at the College of Charleston provides a multidisciplinary laboratory for the production, presentation, interpretation, and dissemination of ideas by innovative visual artists from around the world. As a non-collecting museum, we create meaningful interactions between adventurous artists and diverse communities within a context that emphasizes the historical, social, and cultural importance of the art of our time.

Parking: Available in the St. Philip and George Street Garages

Gallery hours: Monday – Saturday, 11:00 AM – 4:00 PM, open until 7:00 PM on Thursdays during exhibitions, or by appointment. Closed on Sundays. FREE ADMISSION and OPEN to the public.

Email HalseyTours@cofc.edu for inquiries. Guided tours are available at 2:00PM every Saturday during exhibitions unless superseded by a program.

Redux Contemporary Art Center is a nonprofit organization committed to fostering creativity and the cultivation of contemporary art through diverse exhibitions, subsidized studio space for visual artists, meaningful education programs, and a multidisciplinary approach to the dialogue between artists and their audiences. Redux offers free year-round art exhibitions, artist and curator lecture series, and film screenings, while educating art patrons of all ages through art classes and workshops, community outreach, and internship opportunities. Redux is instrumental in presenting new artists to our community through our artist-in-residency program, and our many artist and music performances. In addition, Redux remains a bustling center for contemporary art with 38 private artist studios, and the only community printmaking and darkroom facilities in the Lowcountry.

Parking: Available at metered street spaces, in their parking lot, and across the street at Food Lion

Follow us
Related Topics:Camera Works CaféHalsey Institute of Contemporary Artredux contemporary art centerSouthbound: Photographs of and about the New South
Up Next