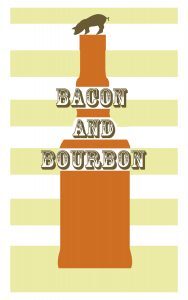 Bacon and Bourbon organizers are putting out an alert that they expect tickets to sell out very early this year, so don’t delay if you plan to give them as stocking stuffers in December. The event takes place on February 16th at the Charleston Area Convention Center. Tickets went on sale September 2nd and all 400 VIP tickets were sold in just four days. As of this week, there are only a few dozen Patron Tickets left and General Admission is moving briskly.

One reason for the rush, the rare bourbon bar has grown to 75 bourbons and will feature Pappy Van Winkle, the Antiques Collection and the best selection of rare, unique and hard-to-find bourbons. The rare bourbon team has sourced from Europe and acquired extremely rare releases here in the United States. Hot on the list, the Booker’s 30th Anniversary bourbon featuring a mingling of uncut, unfiltered 9-year-old bourbon and uncut, unfiltered 16-year-old bourbon. The blend has been carefully developed by the family of Booker Noe. Only 37 bottles will be released in SC.

Regardless of whether you buy a VIP, Patron’s or General Admission ticket, all guests will enjoy unlimited tastings from 18 chefs and 25 national distilleries. Also included in the ticket price: live bands, laser skeet shooting, bull riding, and cocktail specials at the master bourbon bar that change each hour. Pours from the rare bourbon bar range from $10 to $50, all other sampling is included in the ticket.

Feed The Need has been selected again this year as the charity partner for Bacon and Bourbon.  Funds raised provide scholarships in the organization’s culinary training program. Feed The Need also works with area restaurants to feed 500 people per week in local shelters. The culinary program certification builds job skills and fast tracks residents into full time employment.

Follow us
Related Topics:bacon and bourbonFeed The Need
Up Next

Comedian Ron White Returns to the Performing Arts Center in 2019