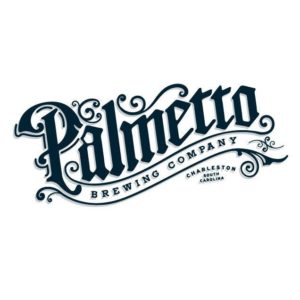 Palmetto Brewing Company recently introduced a number of small batch beers in their Huger Street tasting room in downtown Charleston. These offerings were made possible thanks to their recently expanded production capabilities.

South Carolina’s oldest brewery was acquired last winter by the Pyatt family of North Carolina, effectively joining forces with Catawba Brewing Company. Palmetto and Catawba have since maintained their distinction as separate brands while sharing production facilities in Charleston and Morganton and pilot brewhouses in Asheville and Charlotte.

Previously, Palmetto contracted with breweries in Connecticut and Florida to serve their ever-growing production needs. Since the acquisition, all Palmetto beers are brewed in-house. The company has invested over $1 million in manufacturing capacity expansions for Charleston and Morganton already this year. The first phase of the project saw the installation of five new 100-barrel fermenters in Charleston, increasing their Huger Street fermentation capacity by 83 percent and bringing the company-wide annual capacity to around 50,000 barrels. Upgrades to the Palmetto tasting room are planned to continue into 2019.

Having gained access to three additional brewhouses of varying sizes, Palmetto brewers are enjoying more flexibility for experimentation than at any time in their 25-year history. On any given day, the Palmetto tasting room will offer year-round and seasonal favorites along with a rotating selection of experimental Small Batch beers.

Next up for the Palmetto Small Batch Program is a West Coast-style Double IPA (7.7 percent ABV), slated for tasting room release on Friday, September 21. Packed with Citra, Mosaic, and Amarillo, the beer features a classic fresh hop flavor profile of citrus and pine. Following its tasting room debut, look for this draft-only offering to see limited distribution in the Charleston area.

Earn Free Books by Volunteering at That BIG Book Sale